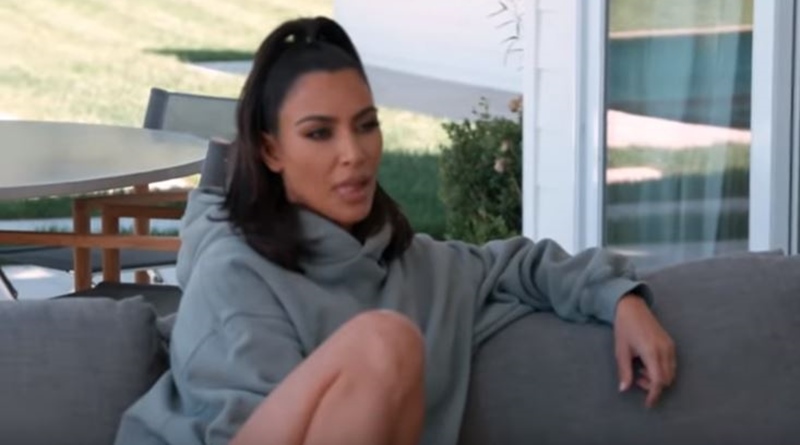 KUWTK star Kim Kardashian might not be of royal bloodlines, but she knows enough about public life to feel some empathy for Meghan Markle and Prince Harry. Megan and Harry struggle with the media coverage of their family. And Kim knows exactly how it feels living under the microscope. As a mom, she knows how damaging that can be. Like any person, celebs want the best and safest environment for their children.

TV Shows Ace reported on Kim Kardashian many times. From criticism for putting makeup on her daughter, to shade from Taylor Swift, everything she does gets critics and scrutiny. We reported that Kim and Kanye even pick up criticism when they renovate their home. So, when the KUWTK star talks about negative press and understanding Meghan and Prince Harry, she’s qualified to speak out. Harry and Meghan face an uphill battle with the media and Harry fears for his family.

Anyone who watched the funeral of Harry’s mom Diana probably won’t ever forget watching the forlorn little redheaded boy walking behind his mom’s coffin. It’s widely believed that the press hounded his mom, which inevitably lead to her tragic death in a car accident. US Weekly reminds us that Harry said, “My deepest fear is history repeating itself…I’ve seen what happens when someone I love is commoditised to the point that they are no longer treated or seen as a real person.” As Harry noted in a statement,  “I lost my mother and now I watch my wife falling victim to the same powerful forces.”

Kim talks about where Harry and Meghan stand with the media

This weekend, Kim spoke to the Australian show, The Sunday Project. During the interview, Kim got asked about Harry and Meghan, who currently fight the press with a lawsuit. Kim said that she empathizes. The KUWTK star explained that “everyone has their own journey.” She knows that for them, especially with the way his mom was harassed by the media, it must be “deeply personal.”

The Keeping Up with the Kardashians‘ famous face knows that nobody else in the world could say they ever had the exact same experience. But for Kim, as a mom, she understands their worries. Kim noted that she can “empathize with their need for having a secure, safe place and taking time for themselves and having privacy when they need it.”

What do you think about Kim Kardashian being so understanding of the basic need to feel secure? Prince Harry and Meghan Markle might be famous royals, but they’re human too. Sound off your thoughts in the comments below.

Remember to check back with TV Shows Ace often for more news about E! Network’s KUWTK.