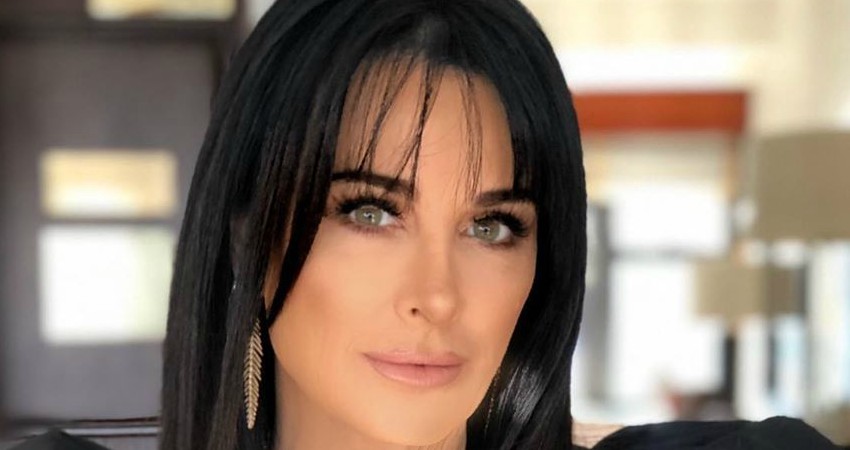 The Real Housewives of Beverly Hills is in the middle of filming the first season without Lisa Vanderpump. The restaurateur left after a tense Season 9 disagreement with her co-stars, particularly Dorit Kemsley and BFF Kyle Richards.

Now Kyle is opening up about the pressures of filming Season 10 and dishes on feuding co-stars.

Since Kyle Richards was instrumental to Lisa’s departure, the reality star is feeling the heat. According to Reality Blurb, things aren’t going well for the cast after their trip to Rome, Italy.

Earlier reports put Denise Richards and her husband, Aaron Phypers, at the center of the drama. Kyle seemingly confirms this by admitting that many of her co-stars are not currently on speaking terms.

Rumors of a boring season prompted the show to bring back Camille Grammer, Kim Richards and Brandi Glanville for several episodes. However, Kyle refutes those rumors and says viewers will see a lot of drama. So much drama that it’s causing her stress and anxiety.

“It just gives me anxiety. I have anxiety because this show is very stressful and when there’s a lot of drama, it causes me anxiety and I need to take a step back and take a breath right now.”

Brandi Glanville Worries Fans By Tweeting She Was Drugged

Over the weekend, Brandi sent her fans into a tizzy by tweeting out of the blue that the water she drank was drugged. The tweets didn’t say where she was when this happened or any details about how it happened.

Pretty sure I just got drugged #water what?

She did, however, tweet that she was pretty sure the drug was molly and that she was “so high.” Many fans felt it was inappropriate for the mom of two teenage sons to tweet about drug use.

As fans know, the former RHOBH star was married to actor Eddie Cibrian before he famously had an affair with country singer LeAnn Rimes. Brandi and Eddie share custody of sons Mason, 16, and Jake, 11.

TV Shows Ace reports that Brandi reassured her followers that she was fine the next morning. She tweeted “All good this am” followed by a heart emoji.

Another RHOBH star who is “all good” at the moment is Garcelle Beauvais. One of the new cast members made it Instagram official by posting a photo with her new boyfriend. The other woman joining the cast is socialite Sutton Stracke.

According to Us Weekly, Garcelle was married to Mike Nilon, whom she divorced in 2010. She hasn’t gone public with a new relationship since her divorce. Sources report that her new boyfriend, Michael Eliot, is someone she’s known for 22 years.

“A friend reconnected them. They’ve been together a few months but they are serious,”

See the #datenight picture of the stunning couple below. Tune in to Season 10 of The Real Housewives of Beverly Hills coming to Bravo sometime in 2020.