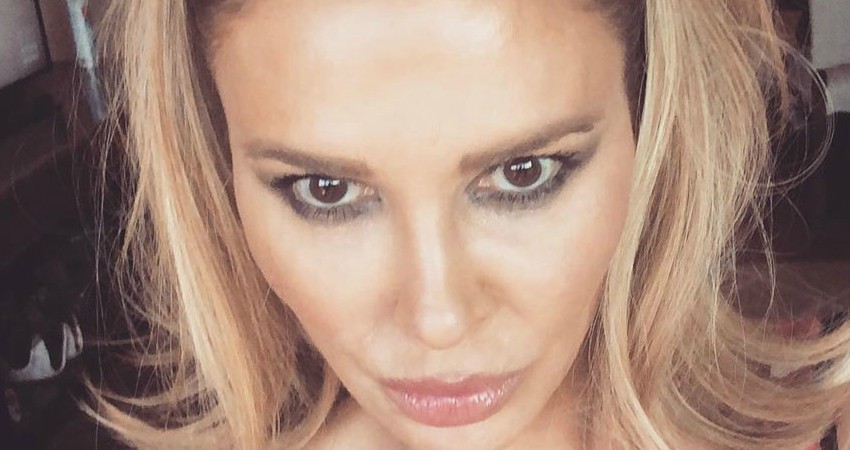 The Real Housewives of Beverly Hills star Brandi Glanville is known for making shocking statements and being as un-PC as possible. However, she may have outdone herself with a series of tweets this week.

RHOBH’s Brandi Glanville Tweets That She Was Drugged

Us Weekly was the first to notice Brandi’s troublesome tweets. Late Saturday night or early Sunday morning, Brandi first tweeted that she was ‘pretty sure’ that there were drugs in the water someone gave her.

Pretty sure I just got drugged #water what?

In quick succession, the former model tweeted two more tweets about how the drugs were affecting her. In the first one, she said the drug was “def (definitely) just molly.” She followed up by informing her followers that she was “so high.”

But rest assured, RHOBH fans. Brandi was feeling much better the next morning. She wrote, “All good this am” with a heart emoji. It’s likely that Brandi will recount her experience on her Unfiltered podcast.

All good this am 💗

Many Co-Stars Have Commented on Her Drinking

Longtime RHOBH viewers have seen Brandi drunk on-camera more times than they can count. Many of her former co-stars mentioned her inability to hold her alcohol at some point or another.

During Season 5, both Lisa Rinna and Eileen Davidson expressed concern over Brandi’s drinking. After an argument between Kyle Richards and Brandi, Lisa told Kyle that Brandi’s a ‘drunk who needs rehab.’

At the reunion that year, Eileen remarked that Brandi couldn’t handle her alcohol. As fans know, Brandi threw a glass of wine in Eileen’s face for no reason earlier in Season 5.

Brandi ultimately left after the season was over, but she has made guest appearances from time-to-time.

RHOBH’s Lisa Vanderpump quit the show after falling out with her co-stars during Season 9. (Brandi and Lisa ended their friendship several years ago.) TV Shows Ace reported back in July that Brandi was hoping to replace Lisa on the show. However, Bravo hired two new cast members instead.

Actress Garcelle Beauvais and socialite Sutton Stracke join the show’s upcoming season. Rumors of a boring season without Lisa prompted the network to bring back Camille Grammer, Kim Richards and Brandi for several appearances. In fact, on a recent podcast, Brandi reveals that she was having issues with Camille on the show, which she speculated was puppeteered by  Lisa Vanderpump.

Season 10 of The Real Housewives of Beverly Hills is still filming. It will likely air on Bravo sometime in 2020.