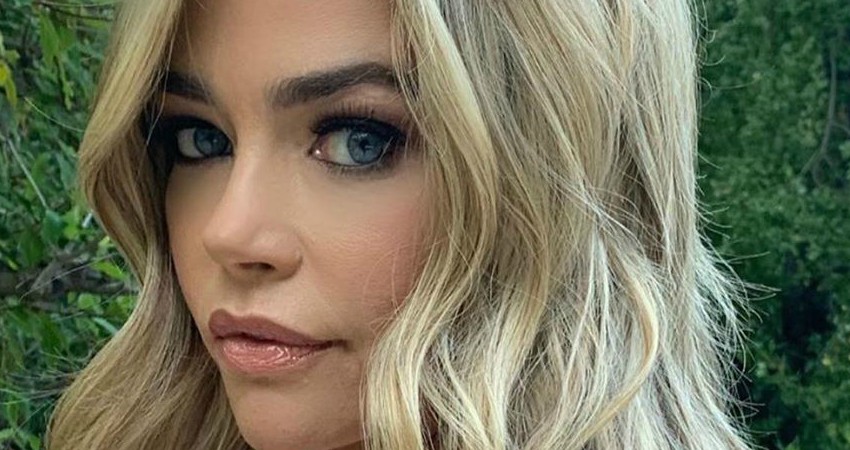 Season 9 of The Real Housewives of Beverly Hills had a lot of drama to live up to. Now that Lisa Vanderpump has left the show, there are some diva-size shoes to fill. Reports say that Denise Richards is trying her best to fill those pumps. Is she on the outs with the rest of the cast?

RHOBH’s Denise Richards Rumored to be Feuding with Co-Stars

Movie star Denise Richards joined The Real Housewives of Beverly Hills for Season 9. She generally got along with everyone in the cast. However, she also wasn’t afraid to stand up for herself and speak her mind. Who can forget the time she told Camille Grammar to get out of her f***ing face?

Camille recently revealed that she will back for more during Season 10. However, Reality Blurb reports that the cast is fed up with Denise. A source reveals Denise is on the outs with her co-stars.

“Denise Richards has been having a lot of issues getting along with the group so far this season and it’s causing a lot of drama amongst the cast.”

Two other actresses are in the RHOBH cast – Lisa Rinna and Kyle Richards. Lisa is best known for her role in the soap opera Days of Our Lives. Her career has definitely been quiet the last few years. Kyle Richards, however, will appear in the new Halloween Kills movie coming out in 2020. As fans know, Kyle had a minor appearance in the original Halloween in 1978.

Fans speculated on the Reality Blurb article that Lisa and Kyle are jealous of Denise’s success. Denise is a frequent star of television Christmas movies and recently joined The Bold & The Beautiful. She works a lot, which prevents her from attending as many events as her co-stars.

“Her friendships with them are not what they once were. They’re all upset that she’s never around and find it really unfair, but Denise is busy working. They all feel like they have to work, too, so she should want to come to things as much as they do and she doesn’t.”

RHOBH Star’s Husband ‘Inserts’ Himself in the Drama

Denise married Aaron Phypers in 2018 in Malibu. It was featured on RHOBH Season 9. During drama on the show, Aaron stayed in the background for the couple’s first season. Who can forget her telling him to “just eat your salad” when he asked what was going on during an argument between the other ladies.

Sources say that Aaron is tired of sitting in the background eating salad. He wants to defend his wife.

“There has been lots of arguing and fighting and it’s all been on camera. He’s been inserting himself into Denise’s issues with the ladies and it’s causing even more tension and friction.”

Denise Has One Ally – Garcelle Beauvais

The Real Housewives of Beverly Hills welcomes two new cast members to replace Lisa. Sutton Stracke and actress Garcelle Beauvais. It seems Denise and Garcelle became fast friends. Garcelle posted a photo on her Instagram of the actresses and co-stars sharing a flight to Italy for the cast trip.

My in flight roommate @deniserichards 😊✈️

Season 10 of The Real Housewives of Beverly Hills airs sometime next year on Bravo.