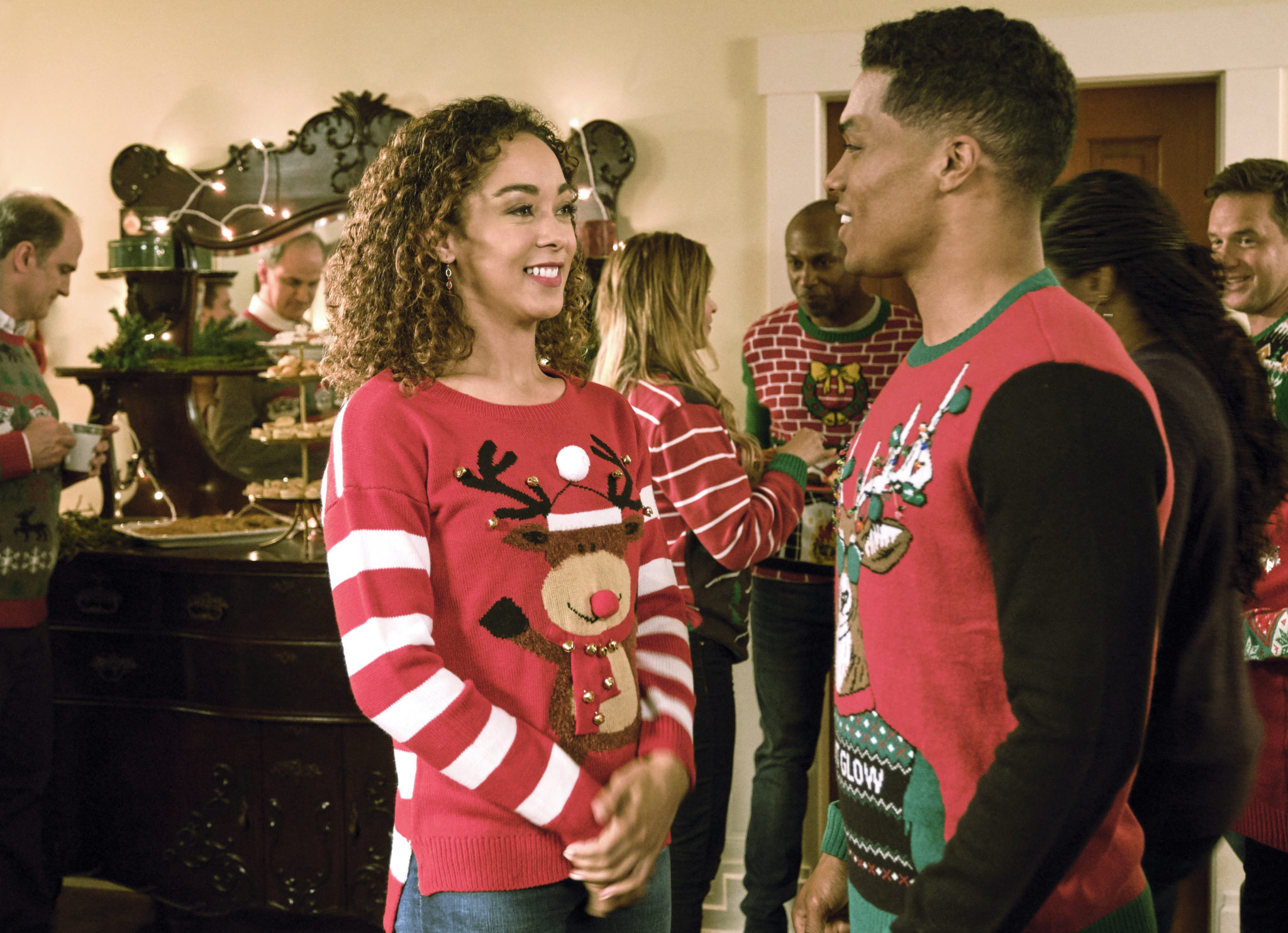 What is Christmas without Christmas songs? Hallmark’s Countdown To Christmas includes A Christmas Duet. What happens with a former music partners unite for a Christmas song competition? This musical Christmas romance stars Chaley Rose (Nashville) and Rome Flynn (Bold and the Beautiful) who have fabulous chemistry and incredible singing voices. What is A Christmas Duet about?

What Is Hallmark’s A Christmas Duet About?

A former couple and pop music duo, Averie (Rose) and Jesse (Flynn) run into each other after years apart. The duo, called Averie & Jesse had one big hit, but their professional and personal relationship fell apart. Now, years later, they are brought together at Averie’s inn for the holiday season. He was booked at the picturesque lodge while on tour, while she just happens to own the place. He never imagines this is the kind of place she would live in or own. Jesse seems quite intrigued. She makes it clear that going on the road is something she did not enjoy.

According to Chaley and Rome’s interview with Home & Family, the couple are in picturesque and snowy Vermont, as they get ready for a Christmas festival at her lodge, they are brought closer together. They realize how one inspires and sparks the creativity of the other. They complete each other creatively. But, could there be more? The perform their hit “It Wouldn’t Be Christmas,” and they film a video and discover they are still in harmony.

Jessie sees something in Averie he never noticed or appreciated before. He sees her as she skillfully plans the festival, and tries to show the inn’s best side for a discerning hotel critic. Was he missing more than a musical partner? Could Averie be the life partner that brings joy to his life on and off the stage? As Jessie and Averie navigate through their past and look into their future, they wonder if they will be forever a duo, or just live life solo, away from the other?

When Can You See A Christmas Duet?

Currently, the Hallmark Channel and Hallmark Mysteries & Movies are airing the Countdown to Christmas. Romantic movies, series like When Calls The Heart and mysteries such as Gourmet Detective will return after the holiday season.

Are  you planning on watching A Christmas Duet? Do you enjoy the stories of people getting together and singing some Christmas songs?  Be sure to check back with TV Shows Ace for the latest Hallmark news.