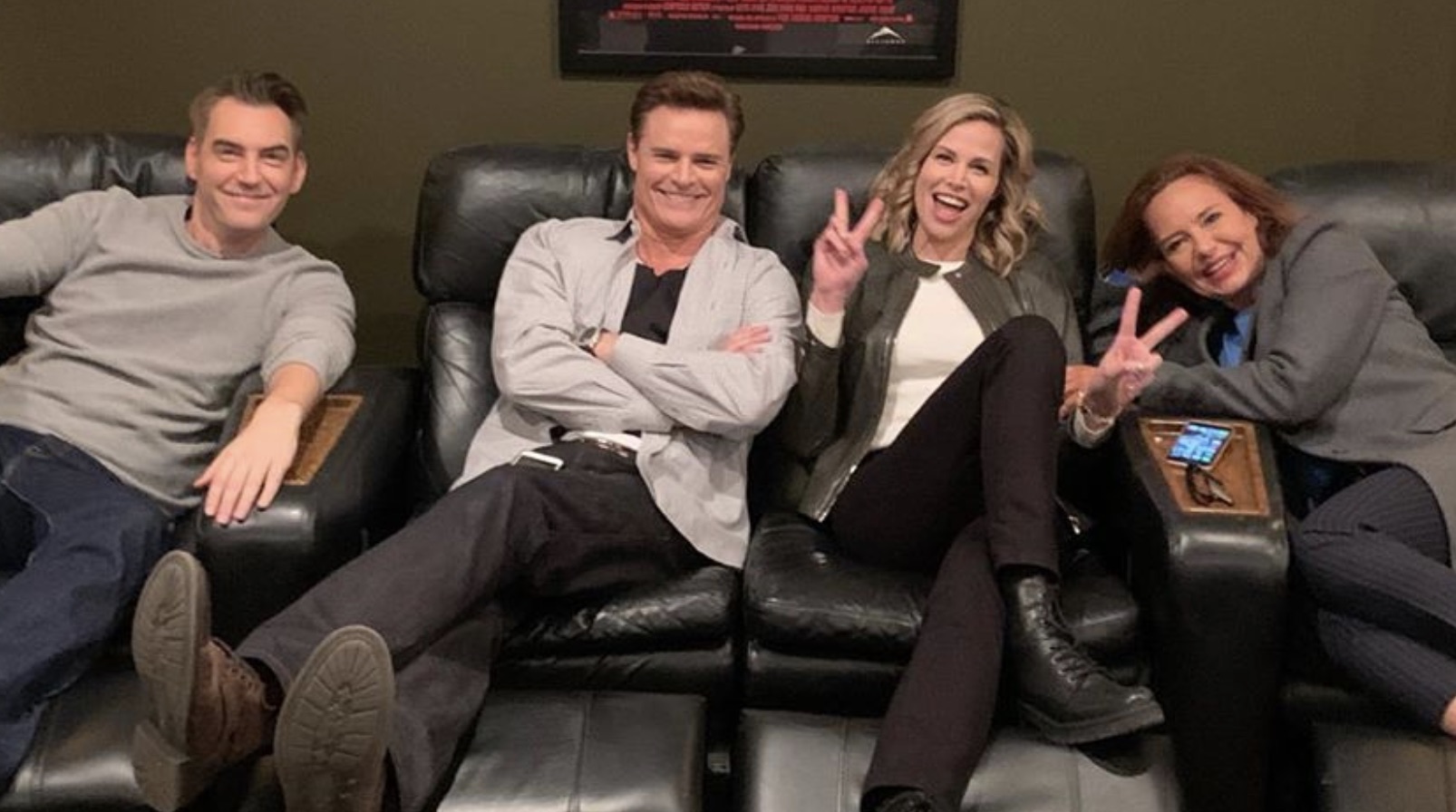 For most of 2018, TV Shows Ace has followed the Gourmet Detective roller coaster ride. Hallmark Mystery fans should now rejoice that Gourmet Detective: Roux The Day has wrapped. But, not without another mishap and some stitches. When should fans expect to see the new episode?

The fifth Gourmet Detective mystery, Roux The Day is now a wrap. But, not before Dylan Neal suffered another injury. Neal has had a long history of injuring himself during the filming of each and every GD movie filming.

Dylan Neal went to Instagram to share all of his filming injuries. His hair has caught on fire. He has cut his face and another time, his finger. But in filming the last shots for Roux The Day, he really went all out in the injury department. He “tripped at full speed” and went head first into a metal pole. Despite tearing up his ear and having blood run down the right side of his face, they continued filming, but on the non-injured side of his face.

Afterwards, co-star Brooke Burns took Dylan to ER, where he got seven stitches. The photos look gruesome, but still he persisted! Melissa Joan Hart commented that she hoped he had pain meds to help him get through the wrap party celebration. Dylan responded: “@melissajoanhart No pain meds or wrap party on this one I’m afraid. Once I’m done in post, I’m gonna need a little sleep after this one. Hope you and the fam are well – happy holidays Mel!”

That’s right. Filming may be over, but Dylan Neal still has more to do.

So for those keeping a running tally – I have a tendency to injure myself on Gourmet Detective movies. Lit my hair on fire on GD1, cut my face on GD2, sliced my finger, etc, etc. with just four hours to go on the final day(4!) of GD5, I did it again. I tripped at full speed and went head first into a metal pole. Really thought I was gonna make it on this one. Long story short – we kept going, shot me from the left, finished the movie (it’s great by the way!) and then @brookeburns22 very kindly accompanied me to the ER where 7 stitches later, I’m as good as new. It’s been a 32 hour day (still going!), full of adventure but we just wrapped GD5. I’m still standing and very grateful to an incredibly hard working crew and dear friends. #grateful #humbled #setlife

Dylan Neal is an all around Renaissance man. He is using a lot of his many skills in this series. With Gourmet Detective: Roux The Day, Dylan Neal has added “director” to his long list of talents. He shared on Instagram that he did some directing in this fifth installment of the mystery series.

Hallmark Mystery fans may not realize that not only as Dylan Neal portraying Henry Ross in the series, but he is also the producer and he is a co-writer. TV Shows Ace has previously reported that Dylan and his wife Becky Southwell use the original Peter King Gourmet Detective series as fodder for their adaptation.

The couple then works the basic storyline into the Bay Area food scene. Hallmark does not have a budget for glamorous European settings, nor do they want a playboy hero. Instead, they have adapted the series for the network, and with care. One of the biggest assets is the witty dialogue between Henry and Maggie (Brooke Burns). This is because Dylan and Beckey will play out scenes to get the best dialogue possible.

So this happened. Briefly stepped in as director on GD5. Not doing whole movie but this is something a lot of people have been pushing for me to add to my resume of actor, writer, producer. Difficult circumstances but everyone rallied and I wrapped on time and on budget with tons of coverage. 😎

When Will The Gourmet Detective: Roux The Day Air?

When should fans expect to watch Roux The Day on Hallmark Movies & Mysteries? Dylan Neal has previously shared that it is likely that it will air as early as January 2020. Although no other episodes have been green-lit, should enough fans watch, there could even be a sixth episode.

Gourmet Detective fans are you excited that the fifth episode is a wrap? Be sure to check back with TV Shows Ace for the latest on this series and more. The Gourmet Detective: Roux The Day will air early in 2020, on Hallmark in 2020.