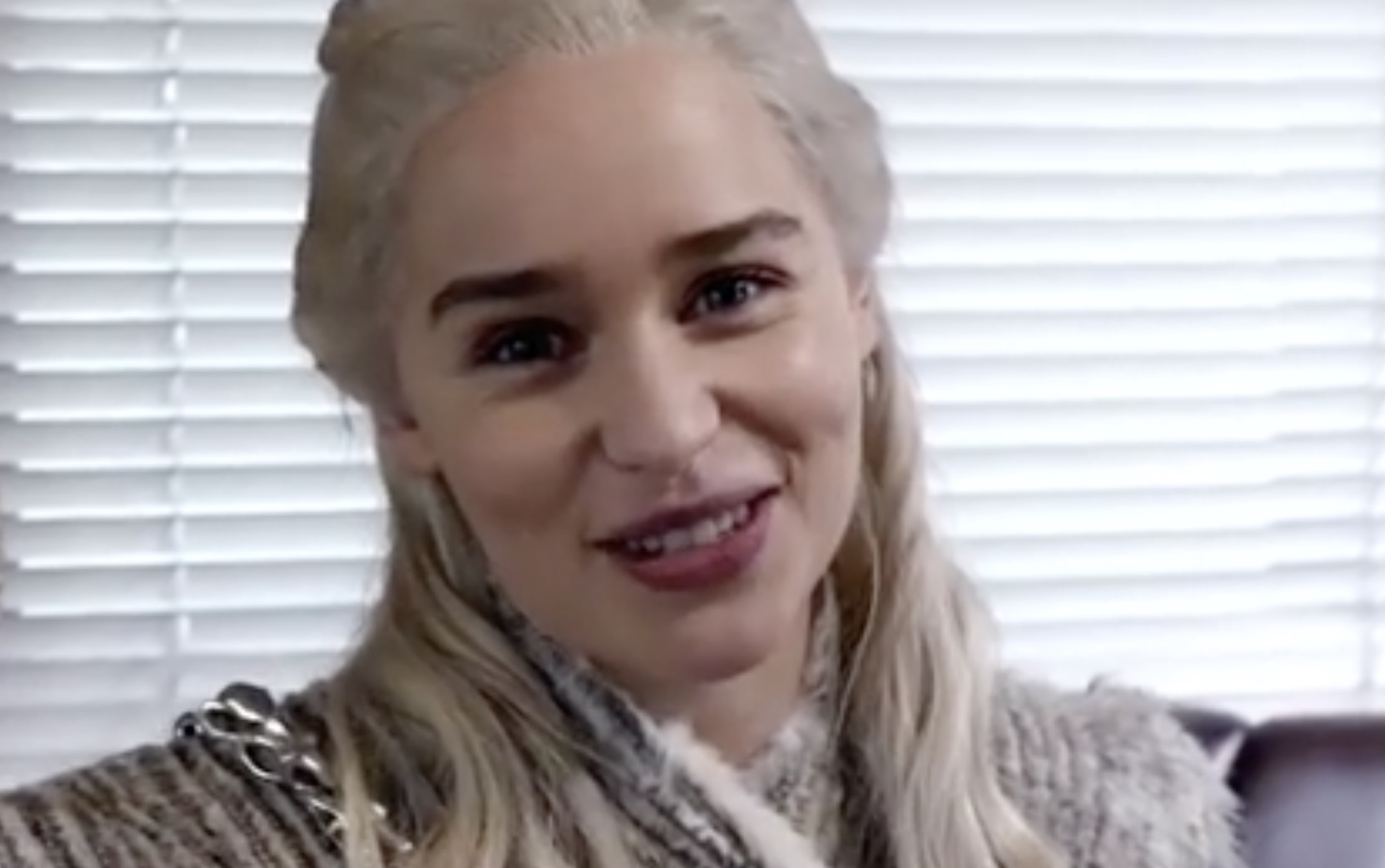 Recently, TV Shows Ace has reported a lot of new Emilia Clarke revelations. Like the character’s individual Game of Thrones journeys, she has had her share of life’s challenges. This includes the revelation that bosses at GoT pressured her to do nude scenes, Coffeegate and even what she thought of about the show’s legacy, with the cancelation of one prequel and the upcoming Targaryen prequel series.

But, what has influenced her most is a near tragedy in her life. She suffered a brain hemorrhage and she now shares that this has helped her “gain perspective.” What else did the actress who portrayed Daenerys Targaryen have to say?

After Emilia Clarke starred in the first season of Game of Thrones, the then 24-year-old nearly died. Last spring, she personally wrote a New Yorker essay revealing that she survived two life-threatening brain aneurysms. The first aneurysm occurred in 2011. She had already completed filming GoT Season 1. While at the gym, she felt  “stabbing” and “constricting pain.” She actually started to vomit in the locker room.

She was eventually diagnosed with a subarachnoid hemorrhage. Emilia explained that this is a “life-threatening type of stroke, caused by bleeding into the space surrounding the brain.” This totally changed her life. Most of all, this changed her life before she experienced life-changing fame.

In an article that was published on Sunday, Emilia told The Guardian that these aneurysms were a “good thing.”

“Having a brain hemorrhage that coincided precisely with the beginning of my career and the beginning of a show that became something quite meaty, it gave me a perspective that I wouldn’t have had otherwise.”

With you I feel 2 feet small. X 2 @prideofgypsies HAPPY FREAKING BIRTHDAY BABY! An oversized bath tub of happiness for another year of you. #moonofmylifemysunandstars #finallyabathbigenoughtobathadragonin #thenbrokecosispentallmymoneyonbubblebath #❤️ #🐲 #😂

As if her personal health was not enough, Emilia Clarke’s other big life-changer was the death of her father. He passed away in 2016. She was at the height of her career, and yet, this put all of the crazy stuff that went along with becoming a well-known celebrity into perspective. She had a different outlook than some of her co-stars when it came to GoT groupies and stalkers. Despite the crazy, she felt that these two life-changing experiences made her deal with the superficial stardom quite differently.

“I’m quite a resilient human being, so a parent dying and brain hemorrhages coinciding with success and people following you in the street and getting stalkers — you’re just, like, ‘Well let’s try and make something sensible of it.’”

This personal situation helped her in her role as Kate in Last Christmas. The movie came out last month, and she has been everywhere in the media. TV Shows Ace has reported on her version of Coffeegate, as well as her thoughts about a new Targaryen prequel, House of the Dragon. Thankfully she is now doing well and is healthy and happy. Most of all Emilia Clarke has perspective.

Game of Thrones fans, have you been catching up with Emilia Clarke’s latest interviews and movie Last Christmas? Be sure to check back with TV Shows Ace for the latest Game of Thrones prequel news.