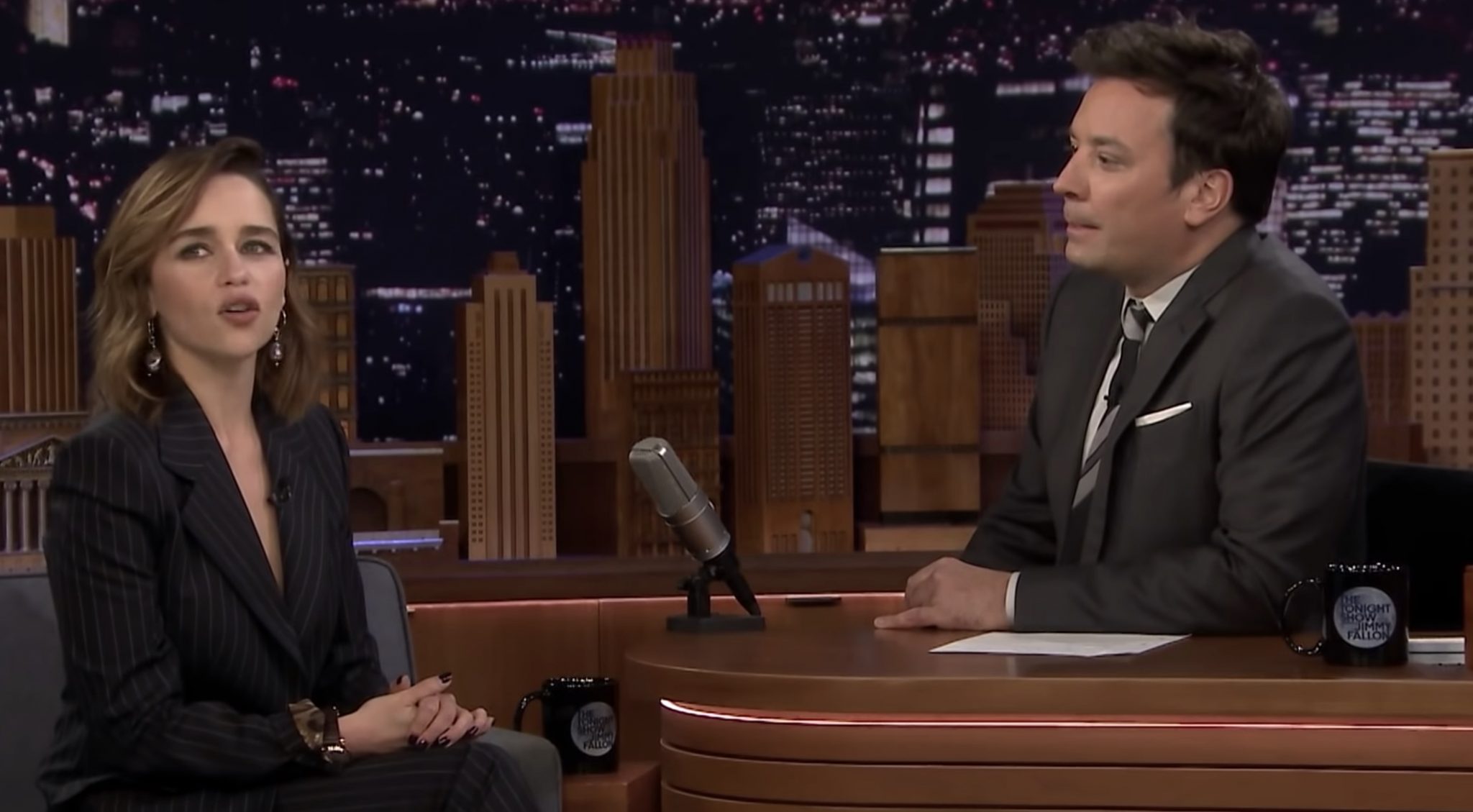 On Wednesday, HBO announced a new Game of Thrones prequel, House of the Dragon. This is a Targaryen prequel. What does Emilia Clarke, who played Daenerys Targaryen, know about the new prequel?

On Wednesday, TV Shows Ace reported that HBO gave the green light to the new Targaryen prequel, House of the Dragon.

Very little is known about the surprise series. We do know that it is based on the George R. R. Martin novel Fire & Blood. GoT scriptwriter Bryan Cogman originally developed the story. Then, Martin worked alongside Colony creator Ryan Condal for the series script. No actors have been attached to the series, but we do know that Miguel Sapochnik will direct the pilot episode. Cogman has since left HBO and will not be involved with House of the Dragon.

HBO programming president, Casey Bloys shared that the network is excited to explore “the origins of House Targaryen and the earlier days of Westeros.” House of the Dragon will take place 300 years before Game of Thrones. There are a lot of complex characters and a George R.R. Martin novel to consult. This begins with Aegon’s conquest and 131 years afterwards. This series ends with the Dance of the Dragons. This is the Targaryen Civil War.

The other Game of Thrones prequel, Bloodmoon, starring Naomi Watts was canceled just hours before the Targaryen prequel was announced.

Will there be dragons? Well, the title seems to indicate that is a yes. But what else do we know? Perhaps the actress that played the mother of dragons knows something about the Targaryen prequel?

Emilia Clarke Shares What She Knows About House Of The Dragon

Emilia Clarke has been out and about promoting her new romcom, Last Christmas. She sat down with Jimmy Fallon to discuss her new movie. They also discussed the infamous GoT coffeegate. But, what fans really wanted to know was some information on the new Targaryen prequel.

Fallon asked Emilia, “What do you know about the Game of Thrones prequel that was just announced on HBO? It’s set 300 years before your..”
Emilia sheepishly said, “Right. Yeah.”
“Anything at all?” Jimmy countered.
She repeated “no” three times, as she insisted. “No, no, I genuinely don’t know anything about it.”
She revealed that “We’ve got a group WhatsApp. And someone popped it on today and was like, ‘Look at that.’ We were like, ‘Ooh.’ -Mmmm. -And that’s pretty much it.”
Jimmy wanted to make sure she was sure. “Really?”
Emilia smiled and said, “Yeah, no, seriously. I don’t know anything. 300 years before. Lots, you know.”
Jimmy and the crowd insisted that she have a cameo in the new Targaryen prequel. “Yes, you. Khaleesi. We want it!” This made the crowd cheer even more, and Emilia Clarke blush.
While GoT fans didn’t learn much about the Targaryen prequel, they learned that the cast has a WhatsApp group!

Game of Thrones fans, are you excited about the Targaryen prequel? Who do you think should play Aegon? Check back with TV Shows Ace for the latest GoT news.