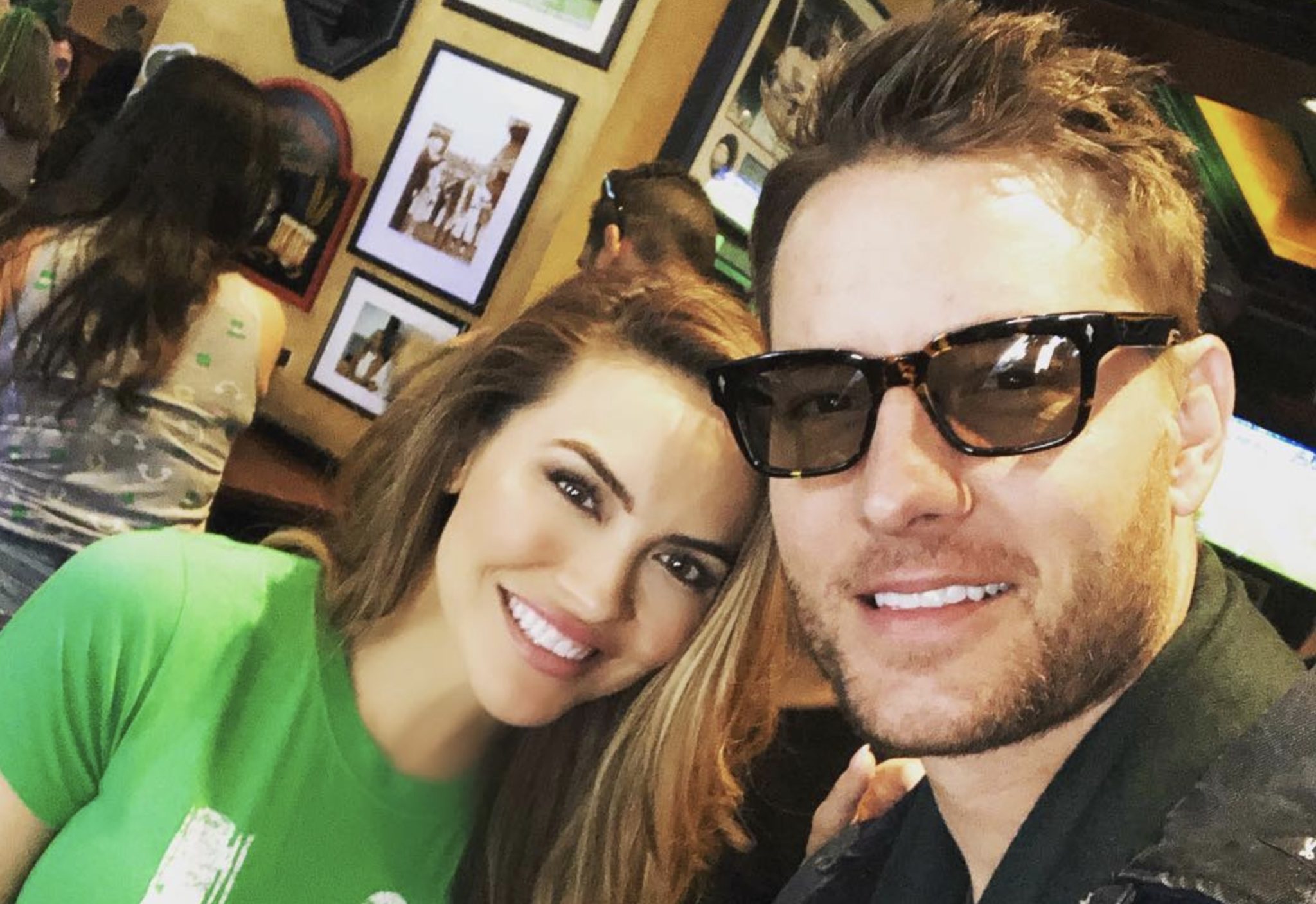 On Monday, TV Shows Ace revealed what Chrishell Stause Hartley posted on her social media account that seemed to diss her estranged husband, This Is Us star, Justin Hartley. On Tuesday, she took that up a notch and filed her own divorce papers. Included in the papers is a name change and a different date of separation.

Chrishell Stause Hartley Files For Divorce From This Is Us Star

Second, Chrishell has asked that Justin, who is currently starring in the megahit NBC drama, This Is Us, for spousal support. She also wants Hartley to pay her attorney fees. Chrishell has hired bigtime Hollywood family law attorney, Samantha Spector. She is one of the top lawyers in LA, so her services will hardly be cheap!

Third, she has asked that her name change from Chrishell Hartley to Chrishell Stause, her maiden last name.

Could The Date Disputes Mean That There Was a Prenup?

One of the oddest parts of this dispute appears to be the dates of separation. Justin Hartley’s divorce filing stated that the couple separated on July 8, 2019. That appears to be a bit of a random date.

On the other hand, Chrishell’s divorce filing stated that the couple separated on November 22, 2019. This is the date that Justin filed for divorce. What could be the reason for such drastically different dates of separation?

TV Shows Ace had previously reported that it is possible that the Selling Sunset star signed a prenup before they took their wedding vows on October 28, 2017. In Justin’s divorce filing, he states that he does not want to pay spousal support, which gave TMZ a clue there could have indeed been a prenup signed. The November 22 documents also reveal that Justin wants Chrishell to pay her own lawyer fees.

Then, there was the physical proof that the couple were photographed together on the red carpet and at other events. For example, the dapper couple were photographed at the Emmys. On October 16, the couple shared on social media a group photo at an LA Kings hockey game. The last photos of the couple together were on November 15. They were at the Hollywood Reporter Golden Globe Party. One week later, Justin blindsided Chrishell with divorce papers.

We can hardly assume that Justin picked July 8, 2019 separation date out of the blue. Chrishell doesn’t seem to agree. This opposition could mean more details are coming soon.

But, one thing remains, neither posted anything about their October 28 wedding anniversary. That was also the date that they met, so this is pretty significant. There may have been some troubles then, but perhaps one person thought this was done, while the other thought that this was a small bump in the road.

Have you been keeping up with the drama of the Justin Hartley and Chrishell Stause divorce filings? Be sure to check back with TV Shows Ace for the lastest news on the This Is Us star and his estranged wife, Chrishell.