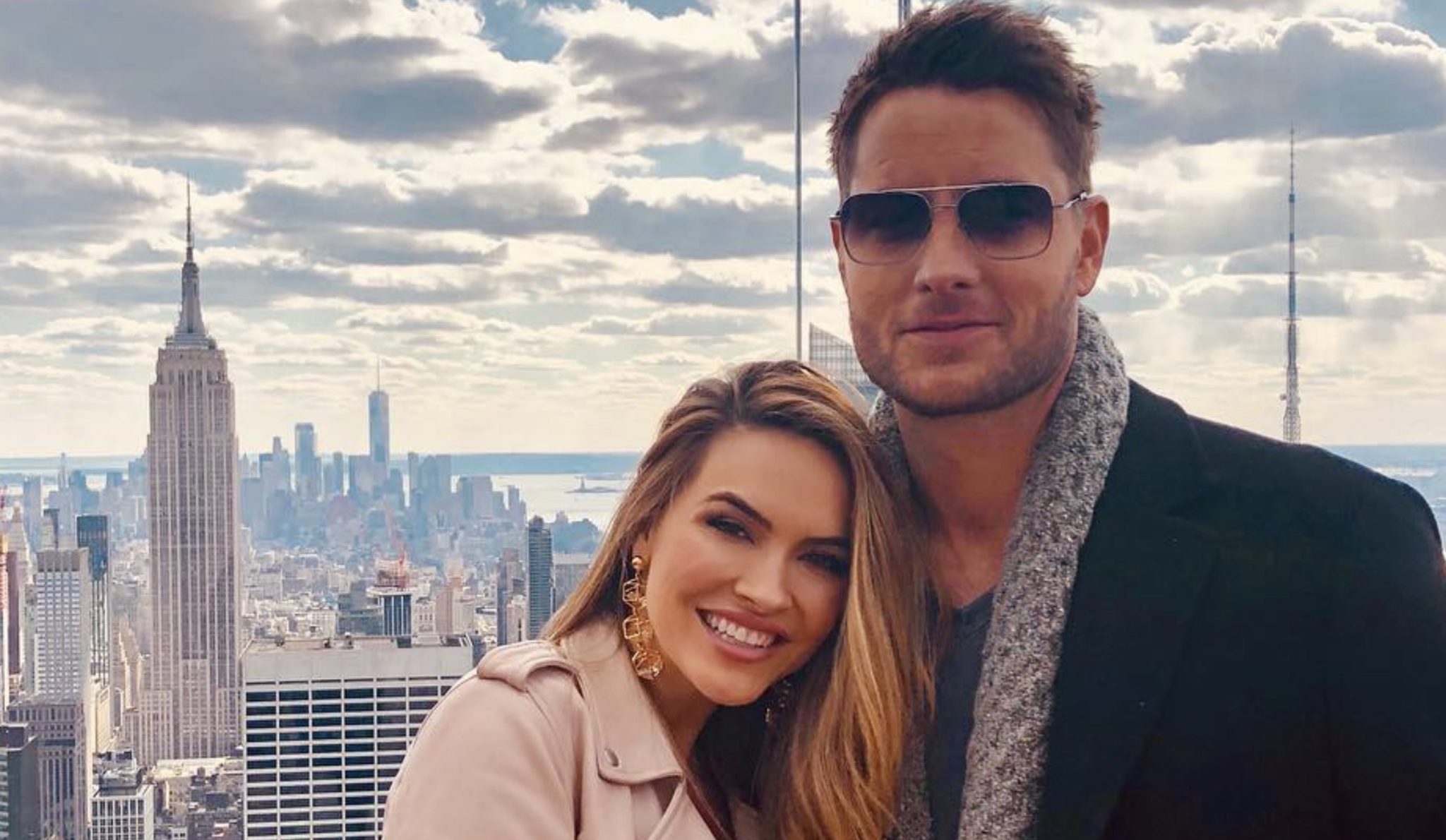 Friends and fans alike were shocked when This Is Us star Justin Hartley filed for divorce from Chrishell Stause Hartley on Friday. This may be because the date of separation was listed as July 8, 2019, and the couple did attend the Emmys and some other high-profile events in the early fall. But, did social media possibly give clues that this marriage was over?

On Friday, former Young and the Restless star, Justin Hartley filed from divorce from Chrishell Stause Hartley. According to TMZ, who viewed the legal documents, Hartley claimed irreconcilable differences for the reason for the divorce. This is quite common. But, what was quite a shocker was that he cited the date of separation as July 8, 2019. That was four months ago!

Since that time, the couple have been seen together. They have been seen and photographed together in public and in social media. But, did anything change and give fans a clue that something was wrong? It seems that Chrishell was posting more of the couple, but neither posted anything about a significant date in their lives. What clues were in their social media?

Had the pleasure of celebrating my beautiful friend @nicalvarez bday last night! You are an incredible person I am lucky to know 🥰 …Also Bohemian Black Tie is the most fun theme for a party! ✨✨

Anyone looking at Justin or Chrishell’s Instagram accounts the past seven months would find it hard to believe that the couple were going to split up.

In April, Chrishell revealed the loss of her father on Easter day. That alone could make someone really rethink their life. Weeks later, she visited Justin on set. In June, the glammed up couple was at the Critic’s Choice Awards. Not long afterwards, on June 19, the two were revisiting Maui, where they spent their honeymoon. They were there along with his daughter Isabella and her sisters. Looks like a family trip. Hard to believe that just three weeks later, there would be “irreconcilable differences.” On July 4, they celebrated Bella’s birthday. On July 13, she was “on the tail end”of a really nasty illness.

In August, she posted photos from the Emmys, and an October 16 group photo with Justin, at the LA Kings hockey game. He was on Ellen and they celebrated a friend’s birthday, but in between, on October 28, there was no mention of their wedding anniversary.

The last photos of the couple together were on November 15. They were at the Hollywood Reporter Golden Globe Party. They posed like a couple in love, not one that would separate in another week.

What about Justin during this time? He shared fewer photos with Chrishell. In April, Justin and Chrishell were on the set of Live With Kelly and Ryan! Then, the Maui photo from late June. There was a gap before he returned to start filming This Is Us on July 14. Then on July 21, there was a happy birthday message to his wife. After that, just pics from the Emmys. It should be noted that there was not even a mention of their October wedding anniversary.

Amazing time with this group last night at the @hollywoodreporter @moetchandon Golden Globe party! It’s a crime that instagram made me crop in because @laurenelizabethash legs need to be in these pics-she was on fire last night! 🔥 @sullivangrams will spice up any photo booth! 🙌🏽 And swipe to see me & @justinhartley awkward prom photo! HA 😆🤣😆🤣💗 #GoldenGlobes #HFPA #hollywoodreporter #ThisIsUs #Superstore #DAYS #SellingSunset #moetchandon Dress is @jonathansimkhai 🙌🏽

The two dates that seem significant with this breakup was July 8 and October 28. The official date of the split was listed as July 8. There was no social media from either on that precise day, but Chrishell did mention that she was super sick a few days later. Could that have been significant?

Then, their wedding anniversary was October 28. Neither chose to remember that special day. It seems odd, as they chose to return to Maui, where they honeymooned, in June. That shows they were a sentimental couple. But, they didn’t share a wedding photo and sweet remembrance from that day. That was awful telling. But what happened?

According to ET, shocked friends of the couple believe that Justin was impulsive. According to a source, “People close to Justin and Chrishell are completely shocked by Justin filing for divorce. The couple has always been incredible, with no signs of things being on the rocks. Friends are speculating this was an impulse on Justin’s side due to something that happened, and are hopeful the couple can work things out.”

People spoke to a source that was close to the couple who was not surprised. They stated that “In many ways, they’re somewhat fundamentally incompatible.” After sharing that the couple had “been having trouble for a while,” it was revealed that Justin wants to focus on his career and Chrishell wants to have babies and stay at home.

Justin realizes that now is when he can really step up his career and achieve some lofty goals. Chrishell, who just turned 38, understandably wants to start a family. This may not be such a priority for Justin as he has his teenage daughter from his first marriage. There is nothing about this situation that is easy.

Was There A Prenup?

It is possible that there was a prenup before Justin and Chrishell married in 2017. TMZ revealed that Justin does not want to pay spousal support. They reveal that this indicates that there could be a prenup. The documents also reveal that he wants Chrishell to pay her own lawyer fees.

This Is Us fans, are you shocked by the news that Justin Hartley filed for divorce from his wife Chrishell Stause? Be sure to check back with TV Shows Ace for the latest news on This Is Us and Justin Hartley. This Is Us airs on Tuesday nights on NBC.