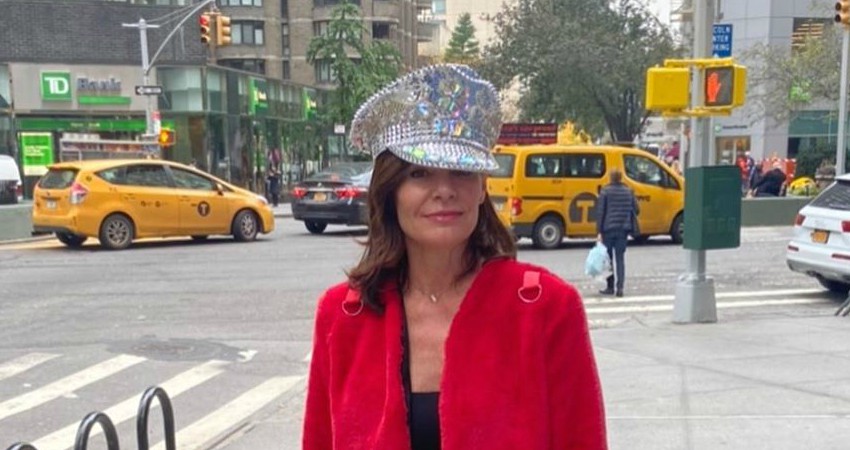 The Real Housewives of New York star Luann de Lesseps opens up about her relationship on The Wendy Williams Show this week. Who is the new man in the reality star’s life? Plus, see her iconic entrance into the BravoCon fan convention.

After a year of rumors and gossip, Luann de Lesseps is revealing the truth about her new boyfriend. People reports that Luann confirms her relationship during an interview with Wendy Williams.

Luann’s agent is a man named Richard Super. The couple started working together in 2017 to promote the “Money Can’t Buy You Class” singer’s live cabaret show.

The last part was likely a joke about her rumors man-hungry ways. Earlier reports reveal the couple started dating in 2018 but briefly split. At the time, rumors spread that her stint in rehab ended the burgeoning relationship.

While Luann doesn’t address the split during her interview, sources confirmed she is “smitten” with her new man.

“Their chemistry was instant. He’s very aggressive and she goes toe-to-toe with him. You can tell they’re having a lot of fun together. They’re very hot and heavy together.”

As RHONY fans know, Luann was briefly married for seven months back in 2016. She divorced ex Tom D’Agostino Jr. less than a year after their three-day wedding celebration. When asked about her ex-husband at BravoCon, Luann revealed they haven’t spoken since the divorce.

Many Real Housewives stars appeared at BravoCon. Andy Cohen hosted a massive Watch What Happens Live show featuring almost 100 Bravolebrities. Luann was among the star appearing. However, she remained true to her Countess personality with a splashy entrance.

Dressed in a low-cut white jumpsuit, Luann entered the stage to her song “Money Can’t Buy You Class.” She continued to sing the song while throwing money at Andy and the audience. Check out her performance on her Instagram.

The Countess recently opened up about RHONY co-star Bethenny Frankel’s exit. TV Shows Ace reports that Luann and the rest of the cast were “relieved” at the news. Bravo recently announced a new Real Housewives spin-off set in Salt Lake City, Utah. RHOSL premieres in 2020.

Season 12 of The Real Housewives of New York is currently filming and will air in 2020 on Bravo.