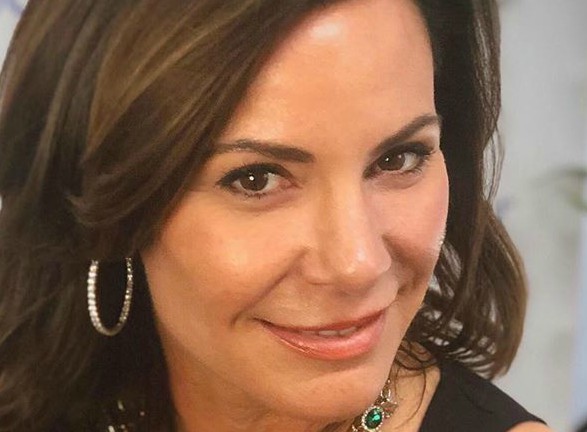 Luann de Lesseps is one of the original stars of The Real Housewives of New York. Not much shocks the former royal. However, when co-star Bethenny Frankel announced over the summer that she was quitting RHONY, Luann was as shocked as anyone.

I wanted to take a moment to write a personal note to you. I am so grateful to you for sticking with me through everything. You started this journey with me in my tiny apartment in my late 30s, wondering what would happen to me. I was broke, single, had no family and no idea what the future held. I had big dreams and I never stopped, but I honestly didn’t know if I would ever get here. You helped me to get here. I would read your letters and messages and grow from your struggles. You would give me your honest opinion about my products and projects and helpful advice about divorce, relationships, motherhood, miscarriages, health, and surviving the death of a loved one and almost my own. You have shared your ideas with me and I have been inspired by and learned from you. I am fortunate to have created a business and career that some people only dream of. I had a beautiful baby girl who is now 9 years old, and she has changed me as a human being. I was able to give back and help people all over the world who have been hit with the worst of unforeseen circumstances, which we will all continue together. GO for it. Whatever it is. Reach for your dreams in life and love and make the impossible happen, because it can happen and it WILL happen. Come from a place of yes and it’s yours for the taking. Thank you so much for your love and support. And stay tuned, you haven’t seen the last of me. There are many amazing things to come. I love you all and am so lucky to have you in my life! PS: New York City is still my playground. . ♥️xo♥️ . B

People magazine reports on Luann’s appearance this week on Jenny McCarthy’s radio show. The brunette opened up on Bethenny’s departure and how the new housewife is fitting in.

Countess ‘surprised but not surprised’ by the departure; blames Bethenny’s relationship

It’s no secret that Luann and Bethenny aren’t closer friends despite having appeared on The Real Housewives of New York together off-and-on since the show’s first season. (Bethenny left once before.) However, this season seemed especially strained between the two.

Luann says Bethenny’s summer announcement “shocked” her at first. She told Jenny McCarthy that posting the departure news on Instagram was a “helluva way to leave a show.” The RHONY star explained why she wasn’t surprised with Bethenny’s decision.

“I was shocked. I was, you know, surprised and not surprised in a way because I think that she is in a relationship that I don’t think she wants to bring around on the show.”

Was the cast ‘relieved’ about Bethenny’s exit?

According to Luann, working with Bethenny was like “walking on eggshells.” She said that while Bethenny is very funny, she can be “really nasty” at times. Fans, however, love Bethenny’s one-liners and snide remarks.

Luann implied to Jenny McCarthy that Bethenny stole the spotlight from the other women.

“I think the whole cast is relieved in a way, and it also leaves breathing room for other women to shine and show their personalities.”

Luann says RHONY is ‘better than ever’ without Bethenny

A new housewife is joining the upcoming season of The Real Housewives of New York. Founder of the fashion line Married to the Mob, Leah McSweeney is replacing Bethenny on the hit show.

Early reports suggest tension between some of the housewives and the newcomer. However, Luann proclaims the show “Better than ever” with the new addition.

“Our new housewife is really great. I can’t talk much about her except that she’s a great addition to the cast. She’s successful.”

As for Bethenny, don’t expect her and the countess to hang out anytime soon. Luann seemed almost gleeful about not having to share the spotlight with the celebrity chef.

“She can’t steal our show. This season is amazing, and I can’t wait for everyone to see the new season.”

Season 11 of The Real Housewives of New York ended in July. The next season is expected to air in early 2020 on Bravo.