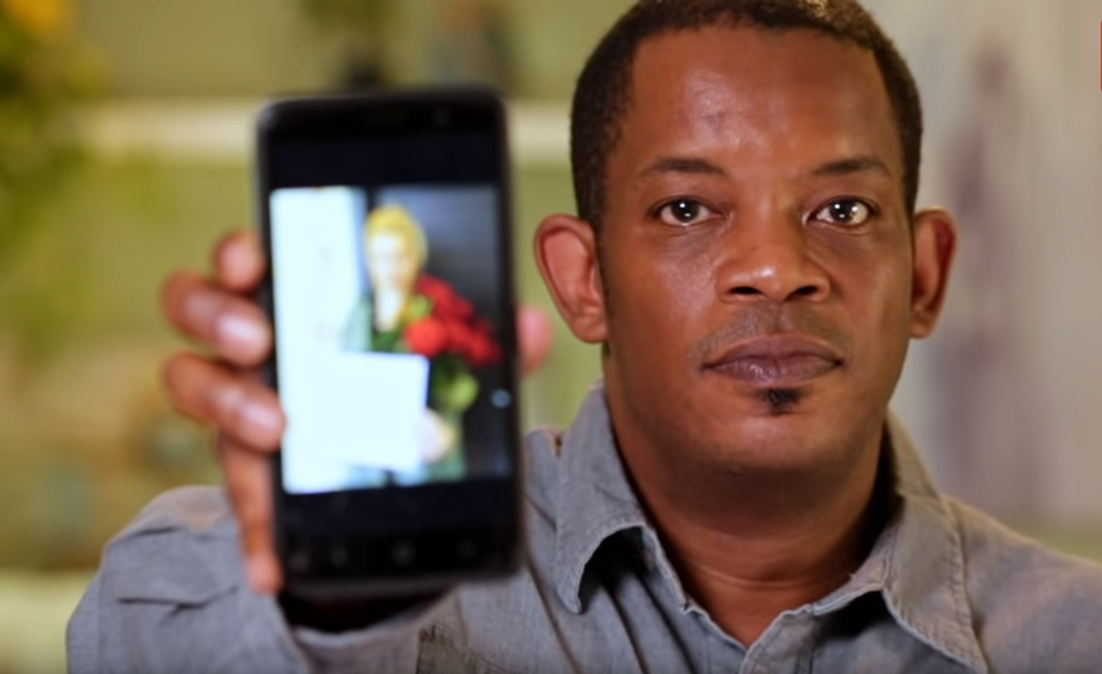 Is This Ukranian Mystery Woman All She’s Thought Out To Be?

Caesar Mack is a 46-year-old nail technician from North Carolina who starred in season 3 of the TLC hit show. Throughout the season he has been communicating with a Ukranian woman, Maria, online. He has sent her thousands of dollars without having ever met her face to face. The couple had never even Skyped together. Many of those close to Caesar were convinced he was being catfished. Caesar, on the other hand, is determined to make it work.

The couple had planned a trip to Mexico to meet but it was a bust and ended up breaking up. Caesar didn’t have enough money to process the reservation at the time. The couple did get back together a few weeks later.

On the finale Sunday night, Maria was revealed during an on-camera interview. Though it was relieving that Caesar isn’t being catfished, she doesn’t seem as serious about the relationship as he is.

Caesar has been planning to propose to her, calling her the love of his life. But Maria admitted that she has been seeing other men while the two have been chatting. She said she wasn’t attracted to him when she saw him on the dating app. She decided to correspond with him because he started sending her gifts.

Maria Doesn’t Seem To Be Who Caesar Thought She Was

According to Yahoo! Maria didn’t seem too grateful when she was asked how much money Caesar had sent her over the years. Caesar says he sends her $800 a month, totaling about $40,000 since they began getting to know each other.

Maria referred to Caesar as her “friend” noting that he doesn’t make enough money to fund the lifestyle she wants.

Part one of the Couples Tell All special shows an emotional Caesar who states they broke up once again. But, he wants to win her back. A tease of part two shows the couple finally talking over Skype.

ET spoke with Tim Malcolm of season 3, who’s saying the tell-all special is going to be a memorable one.

“I can’t say anything but I will say that it won’t surprise me if it’s the most viewed tell-all of all time,” he said. “This will go down in the history books. It is wonderful.”

“It is crazy,” he added. “Unexpected. It is just going to blow your mind, and the people that are involved in what you’re gonna see are going to be the least likely suspects.”