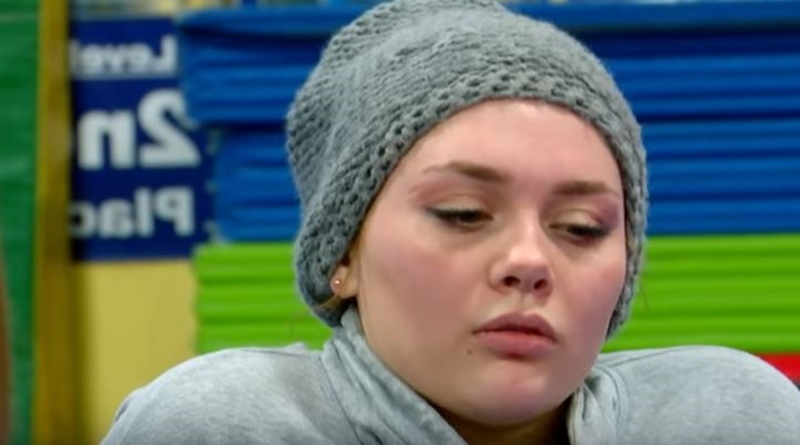 90 Day Fiance: Before The 90 Days Tell All aired the final part on Monday night. In it, we saw a lot of drama with Angela Deem. We saw her aggressive with Avery and Rebecca. But, they cut out something that we never saw. Rebecca referred to it on her Instagram. Plus, over on Twitter, Avery came out and said they never showed Angela physically hitting her mom.

90 Day Fiance Tell All leaks suggested a physical attack, but we never saw it

Tim Malcolm noted that we would see a very explosive Tell All, we reported. But, it looks like TLC cut bits out. Many outlets also reported that possibly a physical attack went down. Now, Avery seems to confirm that it actually happened, but got cut in the final airing.

Avery went onto her Twitter to talk about it. In her post, she wrote, “So they didn’t show the part where Angela physically attacked my mom????”

Naturally, fans responded to it and one asked her if she meant “physically hitting her? ” Avery responded and confirmed, “Things got physical !!!!” Plus, she later mentioned, “She hit my mom and said her daughters going to beat me up lol.”

On that, Avery also said that 90 Day Fiance Angela’s daughter threatened her and the TLC crew did nothing until “until her and her daughter tried to jump my mom but I stopped that trust me no ones hitting my mom.”

At one stage, viewers of the show saw the crew suggest Angela go outside for a cigarette. At another stage, we saw her invading Rebecca Parrot’s space very aggressively. But, it’s obvious that’s not where it ended. One fan asked Avery if the assault on her mom was why Angela left early. Avery replied, “yes.” And, it all arose when TLC decided in their wisdom that Jesse Meester should come on the show.

The whole thing went bad when Jesse Meester arrived. Both Tim and Avery felt it unnecessary for Jesse to come. After all, Darcey’s already emotional and him being there seemed suspicious. And, Cheatsheet reminds us that Avery said Jesse reminded her of an “abusive” relationship from her past. For some reason, Angela Deem hated the cast questioning Jesse, and charged in to stop their “bullying.” But actually, all she did was bully others in the 90 Day Fiance cast. For once, even Shawn Robinson looked genuinely shocked.

So they didn’t show the part where Angela physically attacked my mom????

On Twitter, fans responded to Avery’s post. One said, “My heart hurt for you tonight. No person should have been put in harms way. Angela is an angry person and should not be allowed back on the show. Any petition to have her removed, I would be willing to sign!”

Another noted, “TLC makes bad decisions. The Jesse deal was a fail and I hope they realize that. And as someone else said, Jesse drama was more important than showing her attack your mom.”

Another echoed: “That’s just disgusting!! I’m so sorry that you and your mom were treated that way. I hope they fire her from the show for that!” After all, this is not the first time that Angela got abusive during the Tell All.

What do you think about all of this that went down? Are you surprised they cut the scene? Would you want to see Angela Deem back on another show? Sound off your thoughts in the comments below.