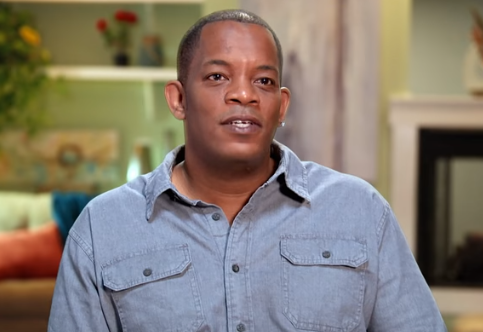 Caesar Mack of 90 Day Fiancé’: Before the 90 Days is beginning to have trouble in his own personal paradise. He was falling for his long-distance Ukrainian girlfriend, Maria even though they’d been dating for five years and never met in person. They tried several times, but it didn’t work out.

Hanging out on Monday knight drinking #like a boss

According to In Touch, Caesar tried doing his best to resolve this, working extra hard to save up for a romantic vacation where they could meet for the first time. But instead, he ended up with a broken heart when Maria didn’t get on her flight. Supposedly because the reservation had been canceled at the last minute. Shortly after, Maria broke up with him over the phone, on national television.

Caesar attempted to call Maria and convince her to get on the next flight, but she wasn’t having it. “I don’t want to go to Mexico, please. I’m tired of it. I will not fly to Mexico. I’m tired, really tired,” Maria told Caesar. “So please, don’t book anything.”

He did his best to plead with her. Even after he tried to remind her of everything he’s done for her, she still refused. “Yes, yes, yes, you told me every the time the same, how you work hard, how you spend everything. OK. Yeah, yeah, yeah, I know it. I don’t want to hear,” she told him. “You’re always like, try to be like a victim. You’re not a real man.”

Heartbroken, Caesar Needed To Know The Truth About How Maria Felt

Caesar asked Maria if she still loved him, he would not be giving up. “Caesar, I don’t know,” she was brutally honest with him. “Maybe it’s really not our luck to be together in this life. Maybe somewhere in the next life, we will meet.”

“So does that mean it’s over? Is that it?” Caesar asked. Maria responded, “Yes. It’s over. You will live your life, I will live life, OK? That’s all.”

Caesar began crying shortly after he hung up the phone, he seemed quite upset. “I’m heartbroken right now. I feel hurt. I feel hurt, that’s all. It was just a game. That’s all it was, just a big game,” he told producers. “So that we could get married. We could be here in Cancún, Mexico. I did all this. So I fought for her. It’s a game to her. That’s all. Playing with people’s emotions. You know. You can’t sit there and play games with people’s emotions when they really love you like that. Everybody’s gonna laugh. Everybody’s gonna sit there and say, ‘Well Caesar, we told you so.’ I’m just going to have to say that they’re right. I’ll never forget it. It’s gonna hurt me for the rest of my life.”

In a preview for next weeks episode, Caesar Mack seems to be dressed up, possibly for a romantic dinner. “That dinner felt like a nightmare,” Caesar told producers as he walked away from the table. “I don’t want to do this anymore.”

Don’t miss new episodes of 90 Day Fiance on TLC. It will be interesting to see if Caesar even ever gets to meet Maria. So far, it isn’t looking like it will happen.

Wait, Did Katie Thurston Just Accuse Greg Of ‘Gaslighting’ Her?!
‘General Hospital’ Leak Revealed About Jason And Carly’s Wedding?
‘DWTS’ Pro Gleb Savchenko Has Some Exciting News — What Is It?
‘General Hospital’ Spoilers, August 2-6, 2021: What Is Austin Up To?
Mady Gosselin Defends Risqué Photo: ‘I’ll Do Whatever I Want’