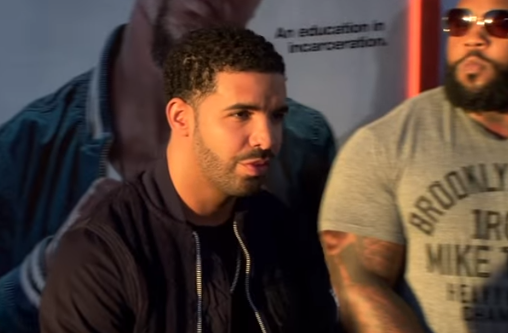 Based on how attached Kylie Jenner was to Drake at his birthday party, it seems that there might be some love in the air for these two.

Haven’t seen @theo.skudra in forever so my instagram weak af…figured I’d pop out with a dinner selfie to reset the levels

Kylie Jenner and Travis Scott recently split but there have been reports of them likely getting back together. That didn’t seem to have an effect on Jenner Wednesday night when she went to Drake’s birthday bash. Drake’s official birthday was Thursday the 24th. The party was at Goya Studios in Los Angeles.

According to Yahoo Lifestyle, Jenner seemed to be inseparable from Drake that night, without anything overly romantic taking part. It was reported that Jenner spent most of the night around Drake and his friends. She rapped along to songs and danced with her friends while she was with him. It was said they seemed to have a connection.

Drake has had a bumpy relationship with the Kardashian family throughout the years. He performed at Kylie’s Sweet 16 back in 2013. Developing a close relationship with Kris Jenner in the following months. He even attended the family’s Christmas Eve party in 2015.

Kris Might Have Been Okay With The Rapper, But Kanye Definitely Was Not

After Pusha T recorded a couple of diss-tracks aimed at Drake, things took a turn for the relationship. Pusha T is a frequent collaborator of Kanye West, Kim Kardashian’s husband. In one of the diss-tracks, the rapper revealed that Drake had secretly fathered a child.

In December 2018, the feud heated up when West discovered Drake had been following Kim on Instagram. Kim had previously shut down reports that she slept with Drake. In some since-deleted tweets West wrote, “I never knew till this morning that Drake followed my wife on Instagram back in September. I had to bring this up because it’s the most f—ked up thing of all and I just saw it this morning. Imagine having a problem with somebody and they follow your wife on Instagram.”

The party was mobster-themed and Drake seemed to have a really good time. He greeted his guests and shook their hands. Working the room the entire party, he laughed a lot and had a nice time with his friends.

Who knows if this is true or not, but fans would love to know. Don’t miss new episodes of Keeping Up With the Kardashians on Sundays on E!.