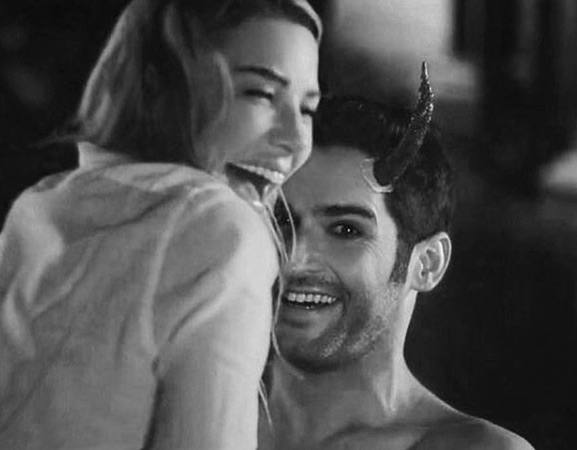 Recently, TV Shows Ace has reported on how Lucifer could end. Netflix had reported that Season 5 was the final season. The showrunners have promised that this would be a season dedicated to Lucifans around the world. But, one castmember has hinted that the ending will be quite emotional.

Lucifans have been through several emotional rollercoasters. When the show was canceled by Fox, it was resurrected in the #SaveLucifer online campaign. So, when Netflix announced Lucifer was extended to Season 5, but it would be the final season, fans thought that maybe they could do it again.

Instead, showrunner Ildy Modrovich penned a letter thanking fans for their support. Talking to the Lucifam, she did promise that the final would be the last. But, she promised, it was a love letter to fans. She also promised that this knowledge allows them to create a satisfying Season 5,  and “give this story the ending it deserves.” What sort of ending should fans expect? We know that there will be 16 episodes. Netflix added six extra, to the original 10. We also know that the writers were given the heads up early. This means that they can answer questions. But right now, they have filmed just under one-third of the final season episodes. But, the writers do have an end game.

just for our lucifans: we know what you desire. season 4 is comiiiiing.

Lucifer Season 5 is the ending of a love story

Details about the final episodes of Lucifer Season 5 have not been revealed to fans. But, it has been revealed to the cast. Aimee Garcia (Ella Lopez) has shared she does know how the series will end. She did not share how it ends. But, she did reveal that she “may have gotten a little bit emotional” Garcia told ET “Then the first thing I did was touch my heart. I’m sure there will be a lot of Kleenexes especially because anyone who is a hopeless romantic out there, we have a Beauty and the Beast love story going on and ultimately it’s about love.”

So, Lucifans, Aimee has warned all of you. When you sit down to binge Lucifer Season 5, have a box of tissues nearby. Sounds like Lucifans will  be on a major emotional roller coaster. Aimee warns “Ya’ll are gonna cry your little eyes out! And we’re gonna rip out your hearts! But we’re gonna make you laugh and it’ll be fun.”

WHAT? Josh Duggar Wants Trial Postponed For One Year
‘Bachelor In Paradise’ 2021: Wells Adams Role Revealed
TLC’s New Series ‘So Freakin Cheap’ Trailer Drops, Air Date Confirmed
WOW! Matt Roloff’s 2021 Net Worth Might Shock You
‘Bold And The Beautiful’ Joe LoCicero Is Back As Vinny Walker But How?