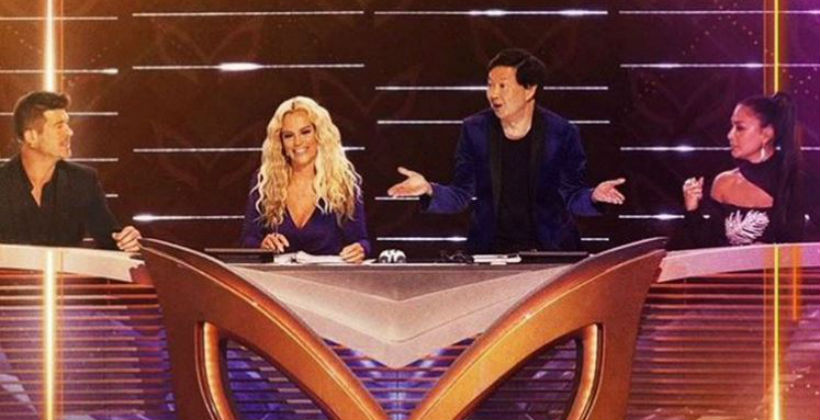 On a night where it isn’t only the audience looking good, The Masked Singer fan base is left dazed and confused over the lack of entertainment last night. After an unfavorable hiatus, fans are forced to wait yet another week to unmask a contested and reveal the celebrity within.

The hiatus comes at four episodes deep with a lot of information. We are left scratching our heads at the clues and making our own guesses as to who could be hidden under pounds of faux fur and plastic. But what is the cause of this unfortunate mishap?

The hiatus reveals itself to be caused due to the World Series! This has so far crushed many fans. One fan tweeted, “Nooooooo!!! Why can’t the world series start after #TheMaskedSinger?! Priorities people.” While others voice their guesses to the world, maybe hoping for some validation? “Aww I was looking forward to seeing @CHRIS_Daughtry #Rottweiler ”

The World Series is currently being shown on the same network, Fox, where the series finds its home. While we cannot say we are pleased, we sadly have to accept that the match-up between the Washington Nationals and the Houston Astros will just have to come first. It is a seven-game series that began the previous night and has the ability to end as early as Saturday… Unfortunately, it could be as late as next Wednesday! Be warned, if this happens fans will miss yet another episode of The Masked Singer! But, think of it this way, you will have plenty of time to rewatch, review, voice recognize and fact check so that your guesses are as accurate as possible.

Hope On The Horizen

Izzie Pick Ibarra, the Singer show-runner, thankfully gives us the inside scoop on the episodes soon to come!

“There is a love affair that develops between Nicole and Thingamajig … there are tears that unfold, this person’s voice absolutely mesmerizes Nicole,” she spills. “Both her and the Thingamajig have a sweet, bizarre Beauty and the Beast moment.”

Who knew we might be treated with our very own The Bachelor! But what about the other contestants? Fan favorites include “Butterfly”, who has wowed us with her magical singing voice and how she seems to quite literally float across the stage. Judges have so far guessed such celebrities as Destiny Child’s Michelle Williams or Fantasia. Of course, Fox is a thrilling contestant with guesses such as Tyrese Gibson, Jamie Foxx. And you can’t forget the ever-memorable Tree, especially with Christmas around the corner. With guesses like Zooey Deschanel, Rachael Ray it is no wonder fans are dying for the next episode! Too bad fans can’t just binge it all on Netflix.

While we know a handful of unmasked celebrities, such as Johnny Weir and Tyler “Ninja” Blevins, everyone is still excitedly waiting for the next episodes. So no need to fear, the judges, contestants and the show itself is doing fine! It might be fox doesn’t want to compete with the reality that more people would prefer Masked Singer over The World Series.