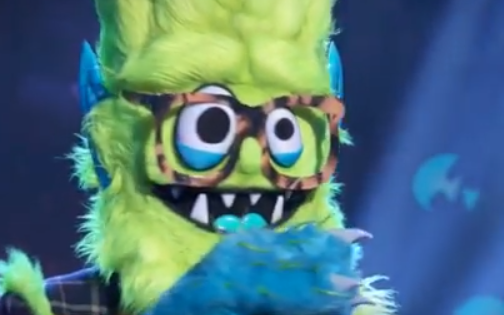 The Masked Singer Season 2 started last week, and fans are already throwing out speculations as to who is who. However, everyone is pretty certain they have nailed down the character Thingamajig.

Season 2 of The Masked Singer is full of a lot of crazy characters. One of those characters is Thingamajig. Thingamajig gave a pretty impressive performance last week. However, from his clues and height, it made it seem like he may be a basketball player. Everyone seems to be in agreeance in thinking Thingamajig is actually Victor Oladipo, current Indiana Pacers player.

According to the Indy Star, there are a few different things that point to Victor’s role on the show.  Thingamajig described himself as ‘feathery’ which is a common Victor phrase. There are references to Magic. This makes sense because Victor used to play for the Magic. One leg of his suit is yellow and blue like the Pacers while the rest is The Magic colored. Thingamijig even blew out a candle that was shaped like a 4. This just so happens to be Victor’s number.

Thingamajig was pretty good on the episode. If it is Victor this doesn’t come as a surprise. He actually performs rap songs, so he’s not unfamiliar with working on those vocal cords.

However, could all of these facts make it TOO obvious who it is? The Masked Singer could definitely be playing with everyone and making it seem like it’s someone it’s not. After all, if it is him, this would be basically the easiest guess ever. The Masked Singer might not let everyone off that easily.

Victor denies that it’s him

Not that it means a ton, but Victor says he isn’t Thingamajig, the Indy Star says. Of course, he could definitely just be lying to hide his identity. However, he announced during Pacers Media Day he actually announced that he isn’t the Thingamajig. People on Twitter thought it was so funny he would bring that up during this event.

“I keep getting that, please stop @ing me on Instagram,” Oladipo said about being the Thingamajig. “Look at me, why would I hide my face?”

Biggest news of the day, Oladipo denies being @MaskedSingerFOX and says stop hitting up on social media about it #PacersMediaDay

He seems pretty sure it’s not him, but why would he say it is him? That would ruin all the fun.

Who do you think the Thingamajig is? Let us know your thoughts in the comments. Be sure to watch new episodes of The Masked Singer every week to see more and more characters get revealed.