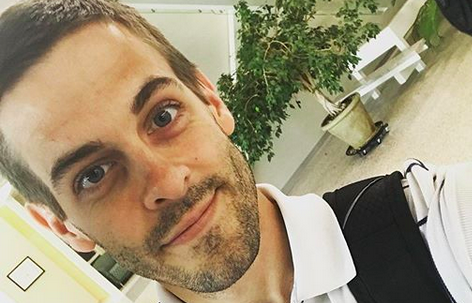 Not all families get along perfectly. There may be conflict and tension that separates family members or simply makes things awkward. There are certain people that just can’t work out their issues sometimes. Well, the same is true in the Duggar family.

For a while, Counting On fans have been thinking that something is off between Jim Bob Duggar and Derick Dillard. Derick is the husband of Jim Bob’s daughter, Jill.

Jill and Derick got married in 2014. Now, they have two sons, Israel and Samuel.

Over the years, fans have been wondering how good the relationship between Jim Bob and Derick really is. They’ve picked up on little hints here and there. Of course, nothing has proved their speculations to be accurate.

Duggar fans know that Derick and Jill are no longer on Counting On. The family may not see a lot of Jill and Derick for this reason. Plus, the couple has missed out on more than a few family events. For example, many of the family members took a trip out to Los Angeles to visit Jinger and Jeremy Vuolo. Derick and Jill did not join the family on that trip. Fans think that they may not have been able to make it, but there could be more to it than that.

On Thursday, Derick decided to respond to a couple of old questions he received. On March 9, 2018, a fan tweeted at Derick and asked, “Derick did you ask TLC to pay a hospital bill, if so why?” Derick then replied, “I thought it was fair to ask in negotiating… TLC made lots of money in filming a birth special episode, and they had not offered to pay us anything. So I thought, at the very least, they could reimburse 5-10K for medical expenses. TLC sure made more than that off of us.”

Duggar fans are trying to figure out why Derick would seek out old tweets like this and respond to them. Fans aren’t even sure how he found these old tweets since plenty of people have replied to his tweets in the past year and a half. He may have had to dig to find it.

In response to Derick’s reply, another fan asked about using health insurance. That is how the family could have paid for the birth, even without the help of TLC. To that, Derick responded and mentioned the deductibles. This was on Friday.

Then, that fan asked another question and wrote, “so why does jimbob get all the money for the show and doesnt give any to the his children? the actual stars of the show.” In response, Derick said, “I don’t know. You would have to ask him that.”

I don’t know. You would have to ask him that.

In another old tweet, a fan asked, “Is Jim Bob still your voice?” Over a year and a half later, Derick finally replied. He said, “No, and never has been.”

Fan asks about a “falling out”

Yet again, Duggar fans are wondering what’s going on between Jim Bob and Derick. On Thursday, someone asked via Twitter, “I’ve been hearing a lot of rumors about a falling out between you and Jim Bob. I hope it’s not true!” Derick replied, wanting to know what the fan was hearing.

To that, the fan wrote back and said, “Over the last several months there have been a lot of comments on various ‘fan sites’ that say you and Jim Bob had a falling out and that there’s a lot of tension between Jill and her father.” In response, Derick asked the fan, “Why do you hope it’s not true?”

Duggar fans are a bit confused about Derick’s recent replies to all of the tweets. It seems odd that he would reply to an old tweet from over a year ago. Fans think his final reply was rather cryptic. Fans think that he would have tried to stop the rumor that there has been a falling out. Since he didn’t do that, fans think that the rumors may be true.

What do you think? Do you think there’s tension or conflict between Jim Bob and Derick? Why is Derick answering these old questions now? Leave a comment below.