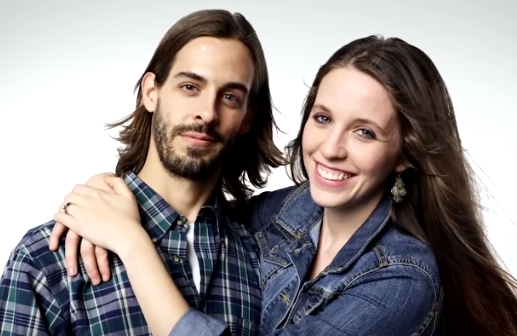 Recent tweets suggest Derick Dillard still holds a grudge towards his brother-in-law, Josh Duggar for a sex scandal from a few years back.

Dillard recently shared a quote, allegedly from the former Associate Justice of the Supreme Court of the U.S., Antonin Scalia. There’s a possibility it was directed at Josh.

“In a big family, the first child is kind of like the first pancake— if it’s not perfect, that’s ok, there are a lot more coming along.” -Antonin Scalia

Josh is the first-born of the 19 children of Michelle and Jim Bob Duggar. Many fans believe the tweet saw Josh as its target, but Derick never confirmed it. One fan believed the quote to be a “terrible way to look at having children.” While another fan suggested, “When Josh Duggar is his brother-in-law it does kinda make sense.”

Fans might recall what happened back in 2015. A magazine published a police report in which Josh had admitted to fondling five females, all minors, one being his sister, Jill. This scandal led to the cancelation of family’s hit TLC show, 19 Kids and Counting.

The original show might have been canceled, but the spin-off, Counting On, keeps fans in the know with the Duggar family, excluding a few. The oldest Duggar isn’t seen on the new show, as the crew seems to try to keep him out of the public eye due to the controversy.

InTouchWeekly says fans spotted Josh in some of the family photos. He’s seemed to be making a few reappearances on family members’ social media pages. Jana Duggar posted pictures of the family trip to Arizona where Josh was smiling along with his family. In September, his wife Anna shared a post about their anniversary.

Controversial Statements Are Becoming A Specialty For Derick Dillard

According to RadarOnline, tweeting controversial statements isn’t new for Derick. There had been drama in recent years for him making transphobic comments directed at TLC star, Jazz Jennings.

Derick also shocked fans on social media when he admitted that he and Jill may send their sons to college. A major Duggar tradition is to homeschool their children and later skip out on college. Jim Bob and Michelle have a strict parenting style they have passed on to their children. This unconventional path to education is a large part. This parenting style also includes the expectation to court before marriage and refrain from even kissing until the wedding.

1934 days…that’s how many days I’ve been married to the man of my dreams! 🥰 💞Today isn’t a particularly special day…I’m just reflecting on our life together and had to peek at my tracker app I still have on my phone. 😄 I used the app to count down to various dates when we were dating (e.g. Derick’s arrival home from Nepal), then our wedding date once we were engaged and then started counting up after the wedding. 🤗💞 #stillinlove❤️ #besthubbyever #honeymoonersforlife #mydateforever • 🤔Are you counting up or down? How many days are you at today? • Reflecting is a good thing! 💜 And remember to tell your spouse how much you appreciate them today! 📝💕 • Love you @derickdillard 🤗 Thanks for being my man! 💞

Ever since the Duggar in-law enrolled in college himself last year, it seems the couple’s thoughts on education might have changed. Currently enrolled at the University of Arkansas School of Law, Derick continues to be open about this endeavor. Derick’s choice to return to school came from the couple being let go from the family’s hit TLC show, Counting On. The couple being axed was a result of Dericks harmful tweets.