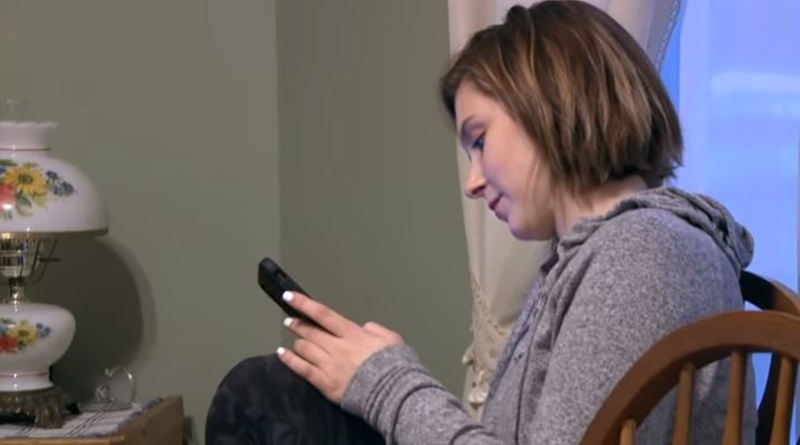 Unexpected star McKayla’s up and down with her relationships.

First, she broke up with Caelan Morrison and started dating Josh. Then, she came up with a video of Caelan and her out on a kiddies custody meet. In the video, Caelan looked rather withdrawn from her. And, that’s understandable as he needed a court intervention to even get to see his kids. Back then we speculated that maybe she was trying to win him back again. And, now it seems she did just that.

TV Shows Ace reported that viewers of the TLC show would see her talking about her new boyfriend. We reported, “Unexpected spoilers were revealed in an exclusive sneak peek. It looks like McKayla’s got a new boyfriend and her family thinks he’s nice. Actually, she revealed that she met him when she was pregnant, but got a hold of him after the baby arrived. So, it looks like Caelan is out the door for sure.” That came to pass, but now news arrives that she dumped new boyfriend, Josh.

Now, we hear that Caelan’s back with McKayla again. TV Shows Ace speculated that McKayla might be pushing for his return. We noted that McKayla seemed all over the place, as she previously said “she was moving on, would not have more kids, and would consider marrying in around 10 years time. But…she shared her vlog on YouTube showing Caelan enjoying time with the kids.”

Now, McKayla explains that she dumped Josh during this up and down time, as he allegedly used her for the Unexpected‘publicity.

Starcasm reported about McKayla dumping Josh. McKayla told them, “I can now see clearly that getting into a relationship with someone was a huge mistake…I trusted this person for 6 months and tried growing a bond with him. I can now see I was being used so he could get some sort of following or attention.”

Starcasm tried getting something out of Josh ages back. And, he certainly seems to be avoiding any kind of publicity at all. In fact, he told them that he turned down TLC a number of times on their offers to bring him into the show.

With Josh now dumped, McKayla’s all over Caelan again. Some fans speculate the Unexpected team really needed a boyfriend on the scene to make McKayla’s story even vaguely interesting. And, they could hardly do that if Josh refused to get on camera. So, “flip” here we go, McKayla now thinks Caelan is wonderful, all over again.

It sort of makes one wonder who’s using who for the publicity of being on television. Now, McKayla tells the outlet, “Caelan is there for his kids now and he’s kind. He’s there for me and he’s proven to me that he really wants to put in some effort and be a good dad and boyfriend.”

Caelan always had cred with fans of the show

The thing is, fans of the show always gave Caelan all the credit a young man could ask for. McKayla and her family were the ones who never acknowledged his efforts. What is certain though, is that this flip-flop attitude with Caelan’s not likely to endear her to followers of the show. Just maybe this time, McKayla’s using Caelan to get a few more minutes of fame and publicity on television? Probably, Josh moved on mopping the sweat from his brow.

What do you think? Are you wondering about McKayla’s motivation in dumping Josh and taking things up again with Caelan? Sound off your thoughts in the comments below.

Can Romance Be Rekindled? Find Out In Lifetime’s Thriller ‘Lethal Love Letter’
Erika Jayne Promotes ‘RHOBH’ Amid ‘The Housewife & The Hustler’ Debut
Jeremy Vuolo Says He Risked His Life Over Rapids
Jarrod Schulz Wipes ‘Storage Wars’ From Instagram: Off The Show?!
Netflix‘s ‘Trippin’ With The Kandasamys’: Release Date, Trailer, & Cast