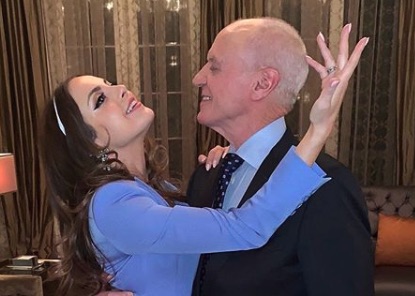 On Wednesday, international Dynasty fans got the unfortunate news that Netflix has decided to drop all 22 episodes of the CW series after it has finished airing in the states. Dynasty creator and executive producer Josh Schwartz made the official announcement. What did he have to say?

It appears a decision was made to release the entire season all at once vs releasing the show week to week. I’m sorry you will have to wait, but then you’ll have 22 episodes to binge…

Late on Wednesday, Josh Schwartz, the executive producer and creator of the reboot made an announcement on Twitter. He carefully doled out the bad news to the all-important international Dynasty fans. He tried to make lemonade out of these Netflix lemons.

“It appears a decision was made to release the entire season all at once vs releasing the show week to week. I’m sorry you will have to wait, but then you’ll have 22 episodes to binge…”

This is a major change for Netflix. During the first two seasons of Dynasty, the episodes aired Saturday morning, just hours after they aired in the states. Now, Fans have to wait a full year before watching the series on Netflix.

Earlier Wednesday, Rafael de la Fuente had explained that more people watch the series when they can binge it. He also shared that no one, from cast to creators, were aware of the Netflix change.

There are several Dynasty Facebook groups, and Americans are confused by complaints by international viewers. They are recommending The CW app. The app works in the states, but does not work internationally. Thus, this is not an option for international fans. Instead, fans from outside the United States have to avoid fan groups, unless they want spoilers.

Although this reboot is a fully American show, featuring the wacky and rich Carrington family, it is a bigger international hit. Because of of the original Netflix scheduling, international fans were up-to-date with the reboot. This made the show rank higher internationally, than back home. Best of all, the lucrative Netflix-Dynasty deal includes every country in the world, making the show a lot of money.

Dynasty Will Be Competing With Lucifer And Bridgerton

By the time the CW show does drop on Netflix, it will have to compete with the sensational final season of Lucifer, one of the top streamed series in the world. Dynasty will also have to compete with the Regency wealth and intrigues in the highly anticipated Bridgerton. Could this Netflix decision deflate the international popularity of the CW show? We won’t know for a good eight months.

Dynasty on Netflix fans, are you disappointed by the news? Do you feel that Netflix has ignored international Dynasty fans? What are your feelings about Netflix now? Share your comments and be sure to check back with TV Shows Ace for the latest on Dynasty.