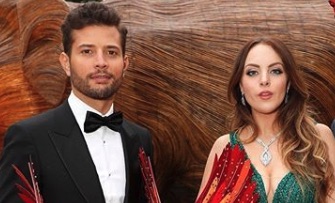 On Tuesday, Rafael De La Fuente went to Instagram to apologize to international Dynasty fans. He was sorry for posting incorrect international information about Dynasty on Netflix. Netflix is currently not airing Season 3 on a weekly basis. Previously, Netflix had done this. Meanwhile, Riverdale continues to weekly stream on international Netflix. Rafael shared what he knows about the Netflix international streaming of The CW show and how everyone, from creators to cast, were taken by surprise by Netflix’s recent move.

During the first two seasons of the reboot, Netflix would air the show Saturday morning, worldwide. The Venezuelan-born actor shared how everyone was taken by surprise by this Netflix change. This includes cast, creators and producers of The CW show. They were not informed that Netflix would make a change. Netflix caught them by surprise.

“International fans of #Dynasty, I am so sorry about the confusion regarding the availability of the episode on Netflix. Truth is, we haven’t been formally informed (none of us, not the actors, producers, creators, etc.) about what is happening. There is talk that the season might be uploaded all at once when it finishes airing here in the US on The CW because the show apparently does better when people can binge it. Regardless, I want to apologize to you as we gave you (without knowing) wrong information. #Dynasty is still going because of the huge international support it has received and we are all SO appreciative of your love and support for our show. Hope you decide to continue to stick around our dysfunctional family❤️ Love, R”

Rafael wants international fans to know that they are important to the show’s success. Right now, they do not know if Netflix will wait to drop the entire season, or if they will revert back to weekly episodes, as they are doing with CW’s Riverdale.

Currently, Riverdale is airing Thursdays in many of the the Netflix international countries.  Clearly, the Netflix excuse that more people will watch Dynasty when they can binge it all at once does not appear to apply to Riverdale. Yet, it seems odd that this particular CW show is still aired weekly. Riverdale has a smaller worldwide Netflix distribution deal than Dynasty,

Before The CW aired the premiere Dynasty episode, Netflix decided to drop one episode at a time. Deadline even reported that “the soapy drama is considered a great fit for international distribution on a streaming platform.” Even Riverdale, does not have as big a distribution deal as Dynasty.

Dynasty does not share the ratings success that Riverdale has in the States. Yet, Dynasty is available worldwide on Netflix. Dynasty is such a profitable show that former CBS head, Les Moonves stated that “We own 100 percent of [Dynasty], and we’ve already licensed it to Netflix in 188 countries … So this means Dynasty is profitable before it even hits the air.”

No Word From Dynasty Producers

As of now, Only Rafael de la Fuente has made a statement. The Dynasty producers have not made an official announcement to international Dynasty Netflix viewers. The official CW Dynasty Instagram has not mentioned the international Netflix broadcasts. Even the official Dynasty Netflix Instagram page has not made any sort of announcement. In fact, they have not added anything new since January, 2018. As with everything Dynasty, there has been little promotion, especially for Season 3.

Dynasty appears to be a profitable, well-oiled machine. Because of this, maybe there was a missed memo or contract? Whatever the case, could the lack of international Netflix streaming jeopardize the future of the show?