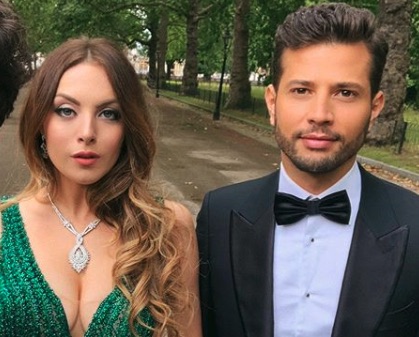 On Friday, the first episode of Dynasty Season 3 aired on the CW. International fans tuned to Netflix Saturday morning, just as they have since the show first aired in 2017. Except, this time, no Dynasty Season 3 on Netflix. There are no third season previews or anything new. What is going on?

Dynasty won’t be returning to Netflix Until June?

Saturday morning, Dynasty fans outside of the United States became frustrated because the first episode of Season 3 was not available on Netflix. For two full seasons, the CW reboot aired Friday nights in the U.S., and Saturday on Netflix, in the rest of the world. Fans want to know what is going on.

There is some believe that international Dynasty fans may be forced to wait until Season 3 is done airing in the states before Netflix is able to drop the whole season at once. This is based on a French Twitter exchange. Journalist Romain Cheyron inquired about Dynasty Season 3 to Netflix France via Twitter. The reply from Netflix France was that the show will not return to Netflix until 2020. They stated the entire season would be dropped at the same time. But, not until about a week after the final Dynasty Season 3 episode aired.

But this detail appears to be news to the Dynasty team.

Dynasty Insiders Not Aware Of Change

It does not appear that everyone knew that Dynasty was not airing on Netflix internationally the next day. On Thursday, Rafael de la Fuente (Sammy Jo) posted on Instagram “#Dynasty returns Friday at 9/8c on @thecw and internationally on #Netflix the next day.” Michael Michele (Dominique Devereaux) posted “It’s takes a team💅🏽 See you tonight! 9pm ET on @thecw Or catch us on the CW app tmrw. @netflix internationally.” International fans posted that it was not airing on Netflix. Michael Michele responded “Oh no! Really?!?! Eek! Will inquire?”

Dynasty executive producer, Josh Schwartz posted to fans “We are looking into why the delay for @cw_dynasty viewers on @netflix international! Don’t have an answer yet!” In the comments, another fan asked if the show will return to Netflix international on a weekly basis, and the OC creator replied: “Not sure!”

The CW And Netflix Deal Changed

They may have to wait until Tuesday to start their inquiries, as there is a holiday in the states. Even when they sit down and figure this out, it may take a few phone calls. It appears that there has been some miscommunication. This is all because of a change of relationship between the parent company of The CW and Netflix.

Back in May, 2019, The Verge reported that The CW was ending its Netflix deal. This mean that new CW shows like Batwoman, Katy Keene and Nancy Drew would not be streamed on Netflix. But, Dynasty fans were assured, “Netflix will continue to receive new seasons of shows that are already on the streaming service, like Riverdale, Flash, and Dynasty. Additionally, any CW shows that premiered through this most recent 2018 / 2019 season will remain on Netflix throughout their lifetime, meaning nothing is going to leave the service either.”

It didn’t sound like anything would change for fans of the CW reboot. Most importantly, Josh Schwartz would most likely be in the know more than most executive producers. Not only is he the creator and executive producer of Dynasty, but also Nancy Drew.

We are looking into why the delay for @cw_dynasty viewers on @netflix international! Don’t have an answer yet! https://t.co/NxoxasGTnI

Dynasty Is An International Hit

Although The CW has many successful shows, Dynasty is much more successful internationally, than at home. According to Carter Matt: “the premiere episode there generated just a 0.1 rating, which does help to further beg the question as to how this show manages to even stay on the air.” They went on to point out that Dynasty’s international deal is why the show “has mostly stuck around.”

According to By The Numbers, former CBS head Les Moonves shared what a moneymaker Dynasty is. He revealed that, “We own 100 percent of the show, and we’ve already licensed it to Netflix in 188 countries. … So this means Dynasty is profitable before it even hits the air.”

This CW show is making big bucks mainly because of the success of Netflix international. It would seem that the powers that be would want to appease international fans and keep the original Netflix deal. Right now, fans are just hoping that something gets resolved. They want their Carrington fix!

Which means the whole world knows how damn talented @LizGillies is 🌎 https://t.co/xTJ2oBvlpR

As of now, there is now a petition “demanding that Netflix that Netflix airs Dynasty international as in past years. Could there be any chance that international fans will be happy again? Check back with TV Shows Ace for the latest on Season 3 on Netflix around the world. Dynasty Season 3 airs on the CW on Friday nights.