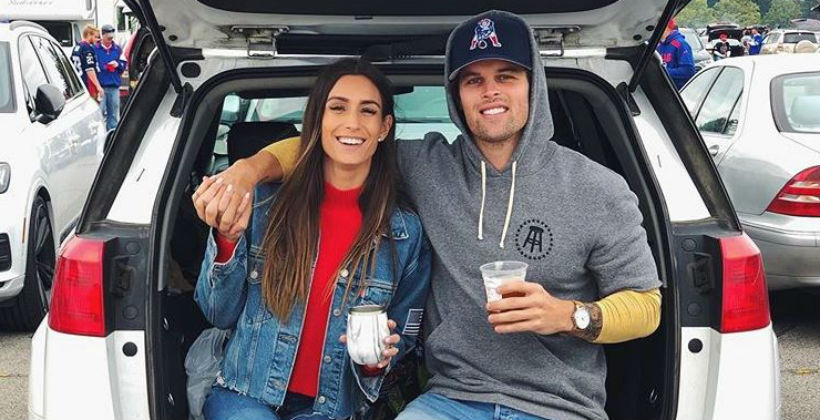 Bachelor in Paradise has seen many successful couples fall in love, get married and have babies. One of the newer couples is Astrid Loch and Kevin Wendt. They met during Season 5 of the hit reality show, however, they didn’t leave the show together. They broke up, but reconnected shortly afterwards in the real world. Loch even recalls telling her best friend they technically broke up, but she was pretty sure Kevin is the man she would marry.

When did Kevin propose to Astrid?

People shared the news that Kevin had proposed to Astrid on August 28. He proposed in Toronto, where the couple live. They moved in together last December. Astrid thought she was just out having a sunset picnic with Kevin. She had no idea he was about to pop the question.

Kevin said, “I actually forgot what I said. I just remember, it was a no-brainer to marry her.” He continued, “I see her more as my family than any kind of girlfriend, and I just knew I couldn’t ever let her go. And then I quickly told her to move her bike because the ring box was so big and it was in my little backpack beside the picnic stuff that I didn’t know how to get it out of there. And so I told her to move her bike, and she kind of looked me like I’m an idiot. Like, why don’t you move it? And as soon as she turned her back, I grabbed it and crammed it in my back pocket.”

Kevin and Astrid give update on wedding planning

E! News shared the happily engaged couple has not pinned down an exact date for their wedding just yet. Kevin and Astrid do know they want a wedding towards the end of next year. Astrid said possibly October/November time frame. Astrid said, “I don’t even know where to start with the wedding.” She added she already feels “so stressed out.”

Kevin and Astrid also said they are possibly going to have their wedding in Florida. As for a big bridal party, it’s probably not going to happen. Astrid said they both like the idea of it just being the two of them standing up there. Wendt added he wants their wedding day to have a romantic vibe.

Kevin said, “We want it to be like a small, intimate romantic wedding and nothing big and flashy.” He continued, “It’s just going to be, like, a garden. Just something really sweet. I want everyone to just feel good. We’re just excited to start planning.” He also said in his opinion, proposing was his hard part so for the next 12 months he will just go along with whatever makes Astrid happy.

Astrid said, “I need to get a planner is what I really need to do because I’m realizing there’s so much that goes into it. My mom got me a really cute wedding planner, and there’s just so many things that I never even realized were a thing.”

Whenever and wherever Astrid and Kevin tie the knot, fans will just be happy to share their happy day with them. Congrats to them as they move forward and plan their big day and future together.