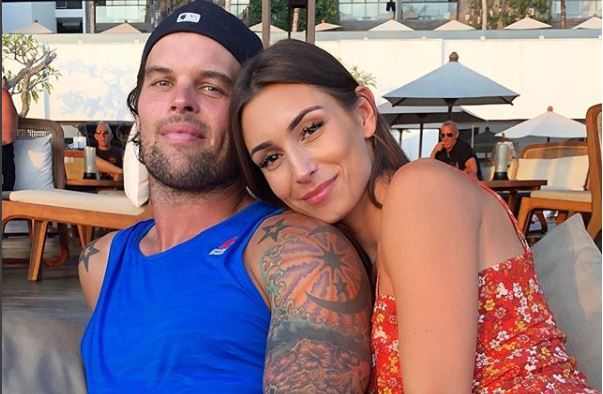 Bachelor in Paradise couple Kevin Wendt and Astrid Loch are doing great together. They recently took a huge step in their relationship. It turns out that this couple just may last. Kevin found love with Ashley Iaconetti on The Bachelor: Winter Games, but that didn’t last. Maybe it will work for him this time around with Astrid Loch.

Us Weekly shared that Kevin Wendt and Astrid Loch had their parents meet each other. They all got the chance to meet at a benefit at Early Mercy in Toronto over the weekend. Jordan Kimball, Vanessa Grimaldi, Bibiana Julian, Blake Horstmann, Jason Tartick and Alexis Waters were all at the event as well. Wendt shared the details about what happened at the charity event. Here is what Kevin Wendt had to say.

“This was my first charity event, and it was an incredible success. We raised a significant amount of funds for the Sick Kids Hospital Toronto. I’m so touched by the support from the Bachelor family and everyone that came out to support this amazing cause. Tonight was extra special for me personally because mine and Astrid’s families met for the very first time.”

So proud of this man and all of the hard work he put into last nights event benefiting @sickkidstoronto 💙.

At the end of Bachelor in Paradise, Kevin Wendt and Astrid Loch were not sure that they would work. Once they got home, they decided it was worth a try. Things have obviously been going well for them. It was hard for Kevin to watch his ex Ashley get proposed to on Bachelor in Paradise. He was lucky to find someone new on reality television. Kevin was actually on The Bachelorette: Canada before any of the USA shows.

So far, so good for Astrid Loch and Kevin Wendt. It will be great if these end up getting married and making it work. Don’t miss the new season of The Bachelor when it starts airing in January on ABC with Colton Underwood. Colton is almost done filming his season of the show.