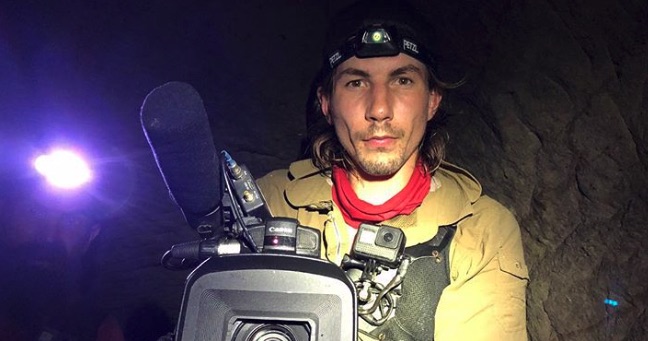 Gold Rush Season 10 is starting soon with the promise that Parker Schnabel is mining his own land for the first time. If this is true, why is he mining someone else’s land in a new interview with The Times that was published over the weekend?

At the end of Gold Rush Season 9, Parker gave Tony Beets his last commission gold. It was painful for Parker, because he had to give Tony a boatload of money for his hard work. Every decision he made was based on a deal that he considered so bad. Most of all, he vowed that he would be mining his own land next season. That is what everyone believed.

The Discovery advertisements for Gold Rush Season 10 declared that Parker was mining his own land. So, why does a recent London Times article state that Parker Schnabel is mining on Tony Beets’ land?

In the September 28, 2019 issue, writer William Leith writes, “He drives me across the site – the “claim,” which he is leasing from Tony Beets, a Dutch miner and landowner.” Leith later shares that he is sitting around with Parker, who is enjoying a bottle of beer.  William then tells the 25-year-old miner a story about his landlord Tony Beets. Tony compared himself with Parker Schnabel and said “Young bull, old bull.” Leith shared that Beets told a short, expletive-filled tale about wisdom and youth. Parker’s snide remark was classic: “Did he tell you that he’s the wise old bull?”

William Leith never reported that Parker was mining on his own land.

There’s Gold out there, and we’re gonna find it. ✨

Is this article a Gold Rush spoiler?

Is The Times article a Gold Rush spoiler? Maybe not. The Gold Rush Season 10 trailer has already let fans know that, somehow, Minnie Beets did not file for a new water license, and the Beets crew is unable to mine land. The preview also shows Tony speaking to Parker that the only land he can mine on is the one with Parker’s water license. Is this what will make Tony Beets Parker’s landlord for yet another year?

Fans of the Discovery show will have just another week to find out.

Fans of the famed gold mining show, what do you think of this latest news? Do you think that Tony will be Parker’s landlord again? Do you think Parker deserves a better deal, since he does still have a water license? Share your comments and be sure to come back to TV Shows Ace for the latest news. Gold Rush Season 10 is premiering on October 11, for a two-hour episode.