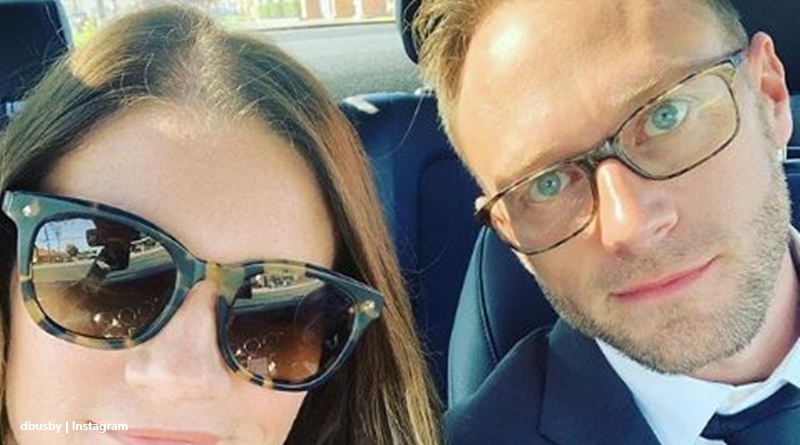 OutDaughtered fans were a bit shocked when Melissa, Mackenzie Ziegler’s mom, made a bit of a diss on the Busbys’ Instagram page about their recent vacation. Fans slammed her for what she said about the busy parents leaving their kids behind while they took a break. Actually, TV Shows Ace noted that while on vacation, they also went to a funeral, which is not ideal for a bunch of little girls.

TV Shows Ace noted that ahead of their vacation, fans noticed Danielle looked exhausted. We reported, “Adam and Danielle have been candid about the difficulties they face as their kids get older. Danielle’s recent Instagram post even shows the exhaustion she is currently struggling with.” They filmed so much, and at last, they got an opportunity for one-on-one time. We also noted though, how odd it is that some followers hate it when they go away without the kids – even for a few days.

Looking relaxed for the first time in ages, we also reported on how their vacation time got broken to attend a funeral. On her IG, Danielle shared a post about the death of their friend and counselor, Jarrid Wilson. He died by suicide at just 30 years old. When Adam Busby suffered from depression, we saw them together in the OutDaughtered show. Going to his funeral, Danielle shared on IG, “From one city to another…And it’s a tough one. We miss you Jarrid! but God gives us HOPE and we will see you again on the other side…rocking neon orange shoes and all!” So, it was not all fun and games after all.

On her Instagram on Friday night, Danielle shared about the vacation coming to an end. She captioned it with, “Vacay is coming to an end 😭 I have LOVED spending some one on one time with 💕My Buzz💕. It’s been a much needed time away. Getting away is hard…but…it’s good for our marriage and good for our souls.” Plus she used the hashtag #marriagefirst. And, that’s vital for the couple who cope with the quints and their daughter Blayke Louise.

Often condemned for leaving the kids behind, OutDaughtered mom, Danielle hit back at critics complaining about it. In fact, Cheat Sheet noted, “Adam and Danielle posted photos from their anniversary vacation in Mexico — and it looked like a blast.” But, fans were critical of that. Danielle later gave it back, saying in a post to Adam, “For those of you who are gonna get mad bc yes, we have gone on another date… well, here is to love.” Adam noted that their good relationship’s essential, as it’s the most “important one in the family.” But this time, the bit of a diss came from another fairly famous personality, Mackenzie Ziegler’s mom Melissa.

Melissa’s light diss is nevertheless seen as a diss, fans slam her

Melissa, the mom of Mackenzie Ziegler and her sister, Maddie, hails from the fame of Dance Moms. She said to the Busby’s, “I can’t imagine how you could leave those cuties. I have a hard enough time leaving my teenagers!!” Taken aback fans reacted to that. Notably, the Busby’s also follow her on Instagram. Fans slammed her, and one of them merely said, “@melissagisoni Wow!” And, we guess that came in the same furious tone as Angela Deem from 90 Day Fiance.

Another shocked fan came back at Melissa, saying, “you didn’t seem to have trouble leaving them all of the times you had Abby babysit while you spent time with your boyfriend on dance moms.” Another OutDaughtered fan agreed, saying, “Pot calling the kettle black!” Another fan said to Melissa, “they need a break they have 6 kids for crying out loud!” Other comments were less complimentary.

What do you think about Melissa, the mom of Mackenzie Ziegler dissing the Busby’s even lightly over their vacation without the kids? Sound off your thoughts in the comments below.

Remember to check back with TV Shows Ace often, for more news about OutDaughtered.