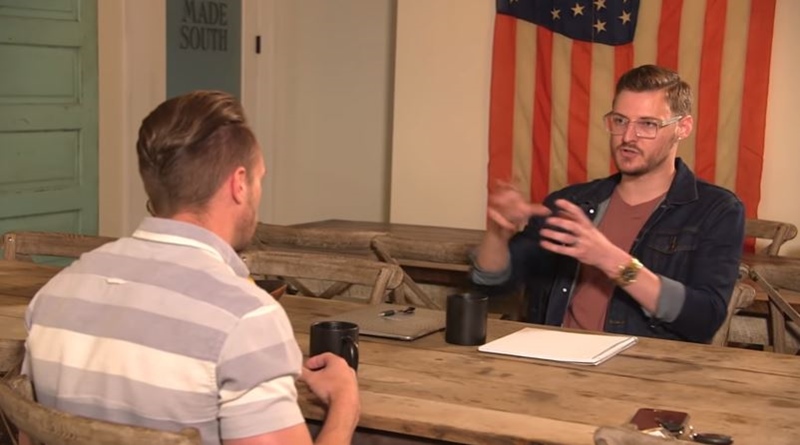 OutDaughtered fans heard from Danielle Busby that they were heading off on a vacation. TV Shows Ace reported that they last checked in via Instagram as being at the Planet Hollywood Resort & Casino, Vegas. But, while they may be on a vacation, they could also be attending a funeral.

We heard back in mid-September that Adam’s friend and counselor, Jarrid Wilson passed away. And, it’s possible, they went to Riverside, California to pay their respects.

A sad time for OutDaughtered stars Adam and Daniele Busby

Just a day ago, Adam shared that he and Danielle were enjoying some one-on-one time. Also, Danielle shared on her IG Stories about enjoying an early evening nap. It seemed she was also getting into vacation mode. They certainly looked more relaxed than we saw them in a while. But, on the following day, Danielle tagged a post with Riverside, California as the location. In the post, she wrote, “From one city to another…And it’s a tough one. We miss you Jarrid! but God gives us HOPE and we will see you again on the other side…rocking neon orange shoes and all!”

Some people thought both of them looked very suave as Adam wore a suit in the car. Not realizing they were still grieving for a friend, some fans put up tons of crying emojis. This came after some fans asked them to respect that Adam and Danielle were going through a tough time. Unfortunately for the grieving pair, not everyone knows that their friend Jarrid Wilson was the pastor we saw ages back from Tennesse who counseled Adam when he had depression. We actually saw him in OutDaughtered too. Once, Jarrid was in Tennesse, but he later moved to California, closer to his family. This was the same pastor who committed suicide.

From one city to another….And it’s a tough one. We miss you Jarrid! but God gives us HOPE and we will see you again on the other side…rocking neon orange shoes and all! 💕 #anthemofhope #hope #itsabuzzworld

Did Adam and Danielle Busby go to a funeral, or are they on their way to one?

Adam shared his feelings on about Jarrid Wilson in an Instagram post on September 11. TV Shows Ace noted that he was terribly sad about the death of his 30-year-old mentor. At the time, he wrote: “My heart is so broken… In one of the darkest and most confusing times of my life, Jarrid Wilson sought me out When I pushed him away and ignored his persistent attempts to help, he stayed right there and wouldn’t be defeated.”

The death of Jarrid was covered widely by the international media. The BBC reported on the OutDaughtered friend. They noted: “His death was confirmed by Senior Pastor Greg Laurie, who leads the church in southern California.”

The pastor took his own life soon after officiating at the funeral of another suicide victim. Just 30-years-old, the father of two left his wife devastated at his passing. We don’t know for certain  if and when he had a funeral, but it might be soon judging by comments on Danielle Busby’s post.

One fan who lives in California, said: “Jarrid’s service is at the Harvest Church in Riverside.” What do you think about the sad fact that the Busby’s may have broken their vacation to bid their friend goodbye? Shout out your condolences here in the comments below, or visit the Instagram post above, so send your love.