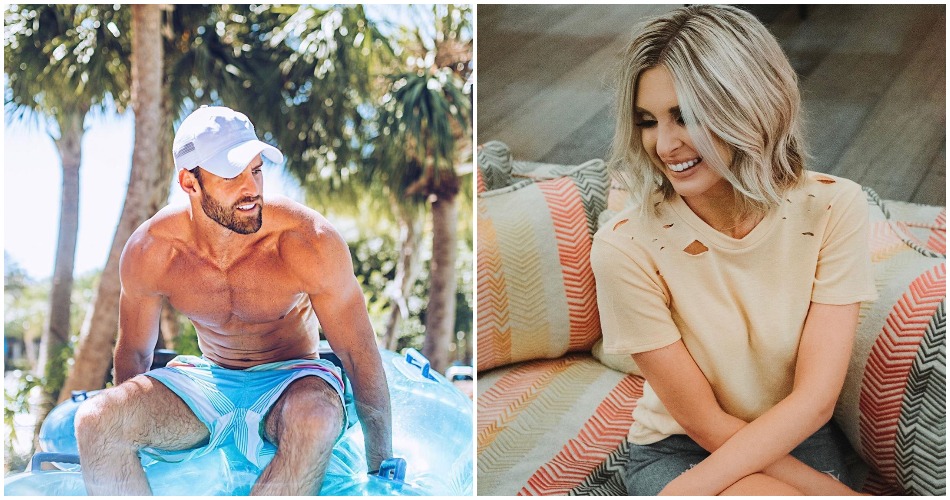 Bachelorette alumni, Robby Hayes, has broken his silence once again regarding the drama surrounding his alleged adult film with Lindsie Chrisley.

As TV Shows Ace previously reported, this isn’t the first time Hayes has spoken out. He recently defended himself to Chrisley Knows Best star Todd Chrisley. He insisted that he did not intentionally set out to make an adult film with Lindsie. The duo found themselves in an unfortunate situation. A situation reminding them to check for security cams the next time they enjoy the intimate company of another person.

As Hayes previously affirmed, he did have relations with Lindsie Chrisley. He, however, never intended to record them for the world to see. The duo just happened to explore each other in the same room as a puppy cam. Unfortunately, other people saw the footage. And, allegedly, proceeded to blackmail Lindsie because of it. At least, that’s their side of the story.

The Bachelorette  alum is now defending Lindsie Chrisley as well.

During an exclusive sit down with E! News, Hayes described the situation as “heartbreaking.” He hopes people will get past it.

“It’s an unfortunate situation. I hope Lindsie is able to push this aside because she’s always had such a great reputation. She’s a sweetheart. She’s a great mom. It’s heartbreaking.”

As The Hollywood Gossip recaps, Todd Chrisley is rumored to be in possession of the footage captured by the puppy camera. Lindsie claims her father is holding the tape over her head. Extorting her. And, blackmailing her.

#Bachelorette alum Robby Hayes reveals he and Lindsie Chrisley talk "every day" amid rumors of their sex tape.https://t.co/tvRIMbysTe

What adds more layers to the dramatic situation is Lindsie was not single when the actions within the tape occurred. Her father also accused her daughter of an affair with Bachelorette alum Josh Murray.

While we can’t speak to what is and is not true about Lindsie’s relations, some fans are not happy with the actions Todd and Chase have taken against Lindsie.

Hayes told E! News the entire situation “bums him out.” He also revealed it was not the first time someone used the NSFW footage as blackmail.

“We were blackmailed with it two years ago. I knew it existed.”

Robby Hayes has also previously affirmed that he is more than willing to cooperate in Lindsie’s extortion claims against her father.

Exclusive: #BachelorNation's Robby Hayes and Lindsie Chrisley have been blackmailed twice over their accidental sex tape that was shot with a friend's puppy camera. https://t.co/YiqK7Jy079 pic.twitter.com/oRbEpbIKhm

Despite having no involvement in her father’s current legal issues involving taxes, Lindsie still claims her father destroyed her life.

Do you believe Todd Chrisley shamed and blackmailed his daughter of an adult movie featuring her and Robby Hayes? Sound off in the comments down below.