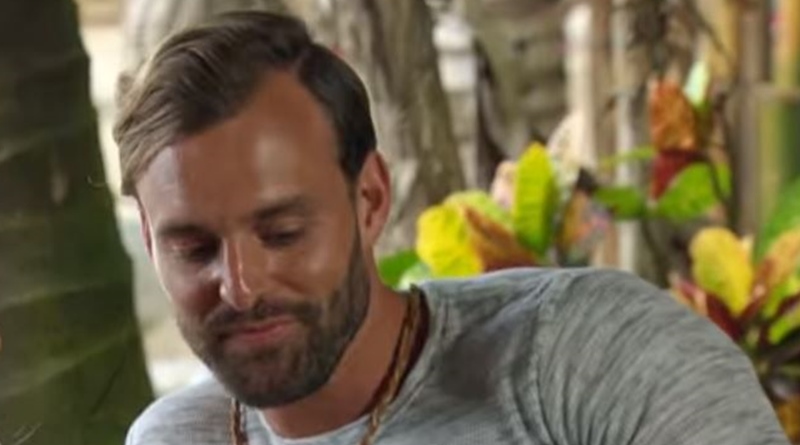 Bachelor In Paradise featured Robby Hayes after his season of The Bachelorette of the ABC show. He appeared in Season 5 but got eliminated. Now, he’s making headlines again after Lindsie Chrisley claimed her brother Chase and dad Todd used an intimate tape to extort her. Now, Robby is cooperating and handed over information to the U.S. Attorney’s Office about the case, TMZ reported.

Robby Hayes apparently kept some evidence to back up Lindsie Chrisley’s claim of extortion. Lindsie indicated that Todd and her brother wanted her to lie about something related to the current tax indictment case. Now, it turns out that Robby might have handed over some evidence. TMZ reported, “he turned over text messages and other correspondence from Chase and believes they prove Todd’s son — and possibly Todd — were coercing Lindsie and Robby.”

TMZ notes that their source said the FBI might question him further. The outlet wrote, “he submitted an affidavit and answered all questions from federal prosecutors. “At this point, this is all frustrating and this s** tape situation has been held over my head before.” Robby said. ” Well, Todd Chrisley has denied any of this happened, writing it off to Lindsie continuing her estrangement.  Todd also claims he’s innocent of the alleged tax evasion and bank fraud charges. So, this might not look good for him, if the allegations of extortion can be proven: even if only against Chase.

Puppy cam footage might exist but the owner denies it

Meanwhile, Bachelor in Paradise alum, Robby claims they never actually made an intimate tape at all. Speaking to the Bleav in Housewives and Vanderpump podcast, Robby mentioned a puppy cam.  He said, “I’m not sitting there with a camera aimed down and trying to get the angles.” He added, “Like, we got caught on the security camera, basically. It was a puppy camera in her friend’s living room, the couch we crashed on.”

However, TMZ‘s source says the owner of the cam claims there was no tape. This might refer to an old text that Lindsie Chrisley kept. Allegedly, the hashtag “#thxgodforpuppycams” featured in it. The other person named by Todd Chrisley, Josh Murray, remains quiet at this time. After his indictment, ET reminds us that Todd outed Lindsie in public. He said in a statement, “that Lindsie had “extramarital relationships” with both men, and that she had a s*x tape with Robby.”

What do you think about this turn of events with Robby Hayes who allegedly cooperates in the extortion case claimed by Lindsie Chrisley? It certainly sounds like he might have something that proves the accuracy of her claims. Sound off your thoughts in the comments below.

Remember to check back with TV Shows Ace often for more news about Todd, Chase, Lindsie Chrisley, and the alum from Bachelor in Paradise.