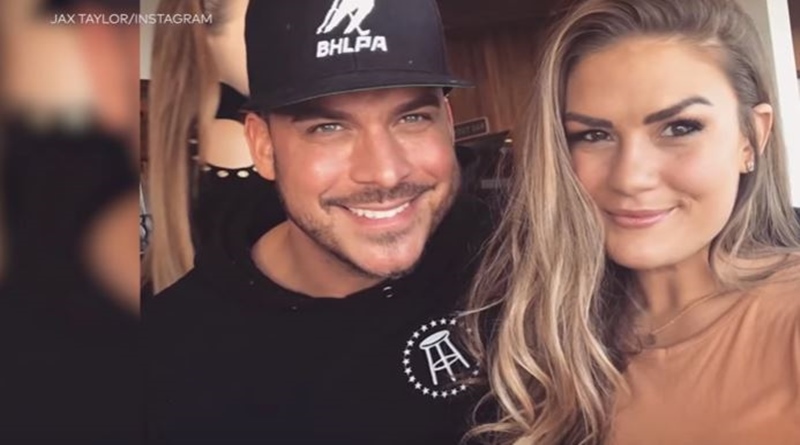 Vanderpump Rules fans just want Jax Taylor and Brittany Cartwright to make some babies already. TV Shows Ace noted in the first week of September, that he might be feeling some pressure for a baby. However, now, it seems he’s working on it. The idea of little feet toddling around is right up there on his mind, after all.

In our September 7 article, we noted that Jax saw an article and a picture of him and Brittany. An article by US Weekly carried the title, “Babies on the Brain.” Jax joked about it on his Twitter account, writing, “Geez, no pressure.” So, we surmised he might be feeling a whole lot of pressure. Not to mention how half the world is speculating about his performance between the sheets! But, we also know that Jax teases a lot, and wrote it off as a bit of a joke.

But, in reality, it seems that Jax really wants kids. The Vanderpump Rules stars recently renovated their new home. It’s looking awesome with their little entertainment area and a nice pool. Thanks to various videos by Jax and IG stories, we see the kitchen’s really nice, and the couple enjoy their at-home Funday Sundays. Once everything’s in place, a few kids growing up there would round out the family.

Jax and Brittany want a family – work on it

Hollywood Life caught up with Jax “as he hosted the Carl’s Jr. Ultimate Avocado Brunch to celebrate the New Guacamole Double Cheeseburger.” They asked him about babies, and it seems that yes, he does have them on the brain. Actually, Jax sounded a bit embarrassed about the question of babies. When the outlet asked him about it, the Vanderpump Rules star said almost got lost for words. He said, “Yeah, we’re obviously open to it, we’re not like, well I guess yeah, we’re working on it.” But then he added, “We’re working on it, I’ll leave it at that, we’re working on it.”

Okay, so I guess we don’t need much imagination to know how the Bravo stars go about that work! But, at 40 Jax really can’t afford to wait around forever for kids. After all, he may be fun and up for a good time, but he’ll probably want to still mess about with their kids before his dotage. Fans of the couple know that Jax works out every day – sometimes twice daily to stay in shape. Better keep that up, Jax.

What do you think about Jax Taylor and Brittany working on making babies? After all, he sounded a bit pressured the last time he mentioned it on his Twitter. Did you think he just joked? Or, is he surprisingly coy about how babies come about? Sound off your thoughts in the comments below.