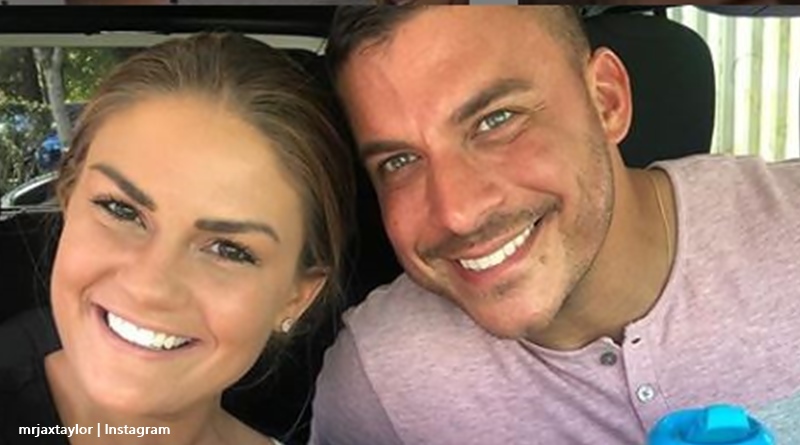 Vanderpump Rules fans hear speculation and rumors that Jax Taylor and Brittany already ran into married life issues. But, in articles, TV Shows Ace noted that much is made of this. After all, we noted, “half the tabloids on the planet would love to report a split between the couple. After, all bad news sells copy.” But, in reality, from a recent IG Story about their Sunday Fun Day, it looks like it’s all bliss on the marriage front.

Reports and speculation came out that Jax not wearing his wedding ring might indicate a problem. We noted there could be a simple reason for it. Actually, we noted that Jax not wearing a ring’s “old news.” Also, on July 12, two weeks after the wedding, Brittany’s IG showed her post of her and Jax kissing on the stairs. That was for his 40th birthday in mid-July, sometime after the wedding.” In that photo, he never wore a ring either.

Plus, Jax often shares short video clips on his Instagram Stories. Despite persistent rumors about doom and gloom, the couple displays an electric connection. Okay, so they both ‘act’ in a reality TV show, but this looks totally natural. Even Vanderpump Rules producers would have difficulty getting Brittany to look so happy if she isn’t. Actually, watching Jax’ latest Story brings the feeling of love, good company, and married bliss.

Jax shared a series of short videos that showed Brittany in the kitchen at the sink. Music’s playing and she’s singing along. Pretty, and full of smiles Brittany’s obviously very happy. Jax certainly is. He captioned one shot of Brittany dancing at the stove with, “Wife Life” and “I love her.” Next, we see Jax and Brittany getting into the Fun Day spirit with a shot of tequila. And, several more.

The whole vibe with good music, lots of smiles and a long fun day reaches out in the Story. And nobody can fake that. So, TV Shows Ace feels the rumors of an unhappy marriage is just pure BS. As far as we can see, if this Vanderpump Rules‘ couple’s in is a bad situation, then we’d take it, with thanks.

Actually, by the end of the series of videos, all I wanted to do was fall in love again, marry again, and spend blissful fun days with my love. What about you? In the cropped pictures, we see some big cheerful smiles and a lot of fun going down. As Jax says in one caption, “This is how you keep a marriage going strong.”

What’s your idea of the state of Jax Taylor and his new wife? Do you think rumors of a bad marriage are exaggerated? Is it true that only real happiness can bring these sort of smiles? Do you love the idea of a Sunday Fun Day with your partner? Sound off your thoughts in the comments below.

Remember to check back with TV Shows Ace often for more news and opinions about the cast of Vanderpump Rules.