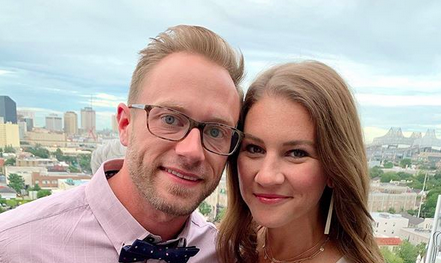 On TLC’s OutDaughtered, viewers saw Ava get sick. She was wheezing and experiencing a bad cough. Eventually, parents Adam and Danielle Busby hired a mold inspector. As it turns out, their home was infested with mold. On the show, the family shared that the highest mold levels were found in the quints‘ bedroom and in the playroom. It’s likely that this was making Ava sick.

Last night on Season Finale of #outdaughtered we showed you the Quint NICU giveback project. I released these shirt in our shop @buzzworldshop and have been overwhelmed by the LOVE from so many! All proceeds from the tees the girls have designed are going to the NICU!!! I have had so many message me about where to get them so I thought i would post it here 😊 *The tees are available in youth and adults! *Only available for limited time! Snag you one, two, or heck! All 5 and help the quints raise money for NICU 💕❤️💕 #nicugiveback #quintuplets #nicu #itsabuzzworld #busbyquints #buzzworldshop

On the show, the OutDaughtered mom talked about her concern. She said, “The whole upstairs seems to be covered with mold and it’s really bad in Ava and Olivia’s room, so my stomach is turning over because the numbers are like, astronomical.” In June, the mold inspector came out and discovered the issue.

Because of Danielle and Adam’s concern about their kids’ health and safety, they took action. The mold inspector helped them to decide what to do. He suggested that the pillows and mattresses be thrown out. Then, a mold remediation contractor needed to take care of the mold issue.

In the meantime, the OutDaughtered family would need to live elsewhere. Since they found out about the mold, they have been renting a temporary home. They’ve been there for a few months now. Fans are starting to wonder when they will move back into their house.

When will the OutDaughtered family move back into their home?

Recently, the Busby family spoke with InTouch and offered an update on the whole mold situation. In the interview, Danielle said, “I am not quite sure yet what the future holds with our living situation.” It sounds like the family doesn’t know exactly what they can expect going forward. Then, Danielle continued, “We are still living this ‘mold house’ life and hoping our home can be complete soon.”

Fortunately, it doesn’t seem like Danielle is totally hopeless about the future of their home. The OutDaughtered mom may not have an answer on when they will be moving back in. Still, her comments could have been much more negative.

After some fans speculated that the Busbys might have moved into their rental permanently, Adam cleared things up. He filmed a walk-through video of their original home. In the video, the OutDaughtered dad said, “So, all you people think that we’ve just moved and never coming back, we’re still in the middle of it. We’re just doing walk-throughs, now, and they’re almost done with it.”

What do you think of this update from the Busby family? Have you been following along as they work out the mold situation? Leave a comment below!