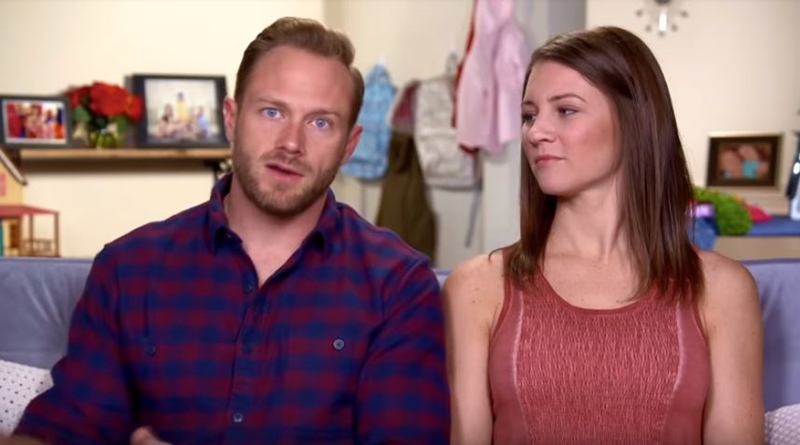 OutDaughtered fans watched the episode that showed the family moving out of their home. The kids started getting sick, and the inspector discovered mold in the house. It meant getting out in a hurry and sending time and money on eradicating the problem. They found a temporary home but now, fans speculate it might be permanent.

When the mold invasion struck the Busby family, it was chaotic. They need to move out in a hurry. TV Shows Ace reported, “when the mold in the house made the kids sick with flu, they needed a place to stay. So, Crystal and Uncle Dale took in the family for a day or so. It was chaotic, with the unsettled kids all running around. In fact, they got a bit out of hand and climbed on the furniture, broke a lamp and got into all sorts of nonsense.”

However, Danielle’s mom managed to help the OutDaughtered family find a temporary home. Although Danielle really never fell in love with it, she did some redecorating and put up a fence because of the pool and quint concerns. Actually, recently we also noted the family out and about shopping for wall hangings. They may not be for the old home and could be part of Danielle fixing up the temporary home the way she wants it.

Danielle put up a photo of the kids at the temporary home on Instagram this week. She captioned it with, “It’s totally Summer!! Popsicles and swimming at 7pm 🤪 .” Of course, eagle-eyed fans picked up on the fact that it’s not their old home. Also, it’s past six months when they hoped to return to their old place. One person wondered if they bought the temporary home.

Another OutDaughtered fan, @sandy.stuart.35 said, “I think some of the clues are pretty obvious… When they first moved in and the entire family was there to greet them, someone asked Danielle if she was going to fence in the backyard and she said yes… Who fences in the backyard if they’re only going to be there six months? She also commented that she wanted to bring in a decorator to decorate the house with her… I have a hard time believing that people are going to spend that kind of money for six months occupancy.”

Well, that makes sense, and it can’t be easy to shift the kids around. Possibly at the back of the Busby couple’s mind is a fear the mold might return. What do you think of the decorating in the new home? Do you think they maybe flipped off the old home and bought this one? Sound off your thoughts in the comments below.

Remember to check back with TV Shows Ace often for more news and rumors about OutDaughtered.