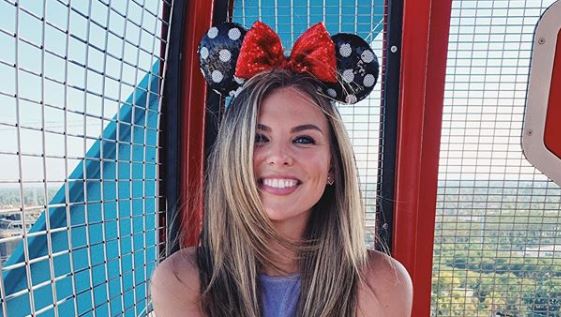 Now we know why people from the Bachelor Franchise really want to get on Dancing With the Stars (DWTS).

As TV Shows Ace previously reported, a coveted spot on DWTS is the best prize The Bachelorette‘s Hannah Brown (and her loyal fans) could receive after her failed engagement to Jed Wyatt. We said this before we learned that she, along with all the contestants will earn $125,000 for the show’s rehearsal period and their first two weeks on the air.

Can Hannah Dance Her Way Into Top 3 on Dancing With the Stars?

The stars who make it to week three and beyond, then begin to earn additional fees each week. A fan on Bachelor Obsession commented,

“I think Hannah has a good chance making it to the top 3. I didn’t see any past medal winners which are usually the ones who do really well. Doesn’t look like a lot of competition here on this season.”

Many others agreed with the sentiment of Hannah being one of the final three, if not the grand prize winner. The competition is not that stiff this season with Hannah dancing against Trump’s former White House press secretary Sean Spicer, TV heartthrob James Van Der Beek and Khloe Kardashian’s ex/NBA player Lamar Odom.

What is the Real Attraction to Shake Your Booty on the 8 PM Timeslot?

Sources say that the maximum contestants can earn is $295,000. This amount is decreased from previous years.

“The potential benefits of being on “DWTS” go beyond the fee earned from the production. Many have used their time on the show to jumpstart their careers and landed lucrative new positions. Alfonso Ribeiro, for example, won Season 19 of the show in 2014 before he was named the host of ABC’s reboot of America’s Funniest Home Videos, which launched in 2015.”

The Show Can Also Further Your Career

At this point, Hannah seems to have aspirations to remain in the spotlight for as long as possible and continue pursuing her passions as a career. (Look at so many other former Bachelor contestants, including Melissa Rycroft, Jillian Harris, Ally Fedotowsky, JoJo Fletcher along with fiancé Jordon Rodgers, and most recently newlywed Rachel Lindsay) all who have broadcast careers after appearing on the Bachelor Franchise. She can be confident that she has it over the man who broke her heart, Jed. Do you think she’s feeling competitive with ex-Tyler?

We will have to wait until the DWTS premiere to find out who Hannah’s partner will be. DWTS Season 28 will begin on Monday, September 16 at 8 PM EST on ABC-TV. (It will take over Bachelor In Paradise‘s timeslot.)