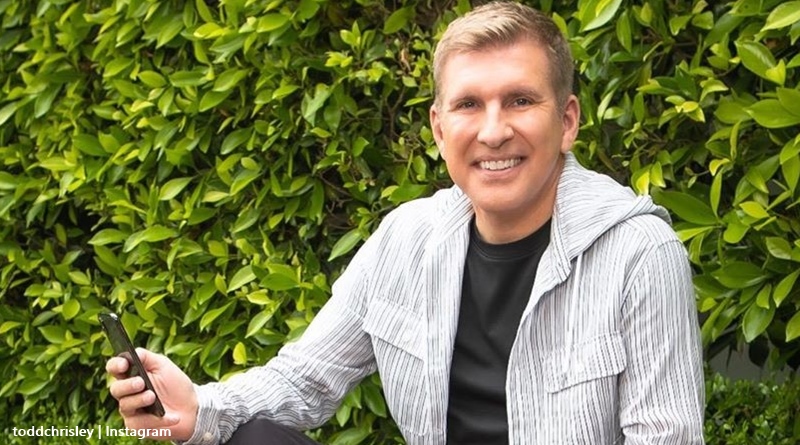 Todd Chrisley, like many other people, buys homes, renovates, and then flips them back on the market. If you can afford it, the renovations don’t need to take years to complete. Dirt.com revealed that a Nashville property listed for sale by Todd’s a flipped home. Speculation online arose that the Chrisley Knows Best star put his main home on the market, but People clarified that’s not the case.

Todd Chrisley’s main home in Nashville not listed for sale

It only takes a few months to buy a property, redecorate and flip it off. And, in this instance, Dirt revealed that Todd paid about “$3.4 million for a stately mansion in the tony Nashville suburb of Brentwood.” Now, listed at slightly under $4.7 million, if they get their price, that’s a nice little profit. While we might speculate that the listings convenient to the indictment date for various financial crimes, People reports that’s just coincidental.

According to their report, People obtained a statement from a spokesperson for the family. It read, “They’re not selling their Nashville home.” Additionally, they added, “As viewers of this year’s show will know, the property for sale is a speculation house they bought to renovate and flip.” No mystery motivation here it seems, as People concluded they always intended to buy and sell the property. In fact, if you have a handy few million, Dirt says we can check out this home that Todd Chrisley’s flipping over at Sotheby’s International Realty.

Financial transactions get Todd and Julie Chrisley in hot water

Todd and Julie face problems with federal tax allegations as well as accusations of bank fraud. While Todd claims they’re innocent, potentially, this case could land them in jail. And, for a long time. Popularity with fans of the “Chrisley Knows Best” TV show won’t help them when it comes to the courts. Nevertheless, Todd has no intention of just taking the charges lightly

TV Shows Ace reported that he’s fighting with everything he’s got. He posted up a meme that said, “When it’s time to fight, you fight like you’re the third monkey on the ramp to Noah’s ark … and brother, it’s startin’ to rain.” We noted, “it looks like Todd Chrisley is not going to just wait until he’s herded into a prison cell. He’s surely going to fight the case tooth and nail.”

The sad infighting in Todd’s family

Aside from these grave charges against Todd, he’s also dealing with Lindsie Chrisley’s allegations of extortion. Seemingly, with all this going on, business goes on as usual. House flipping’s just one aspect of his income, after all. However, it’s rather sad that family feuds get aired so publically. We reported how Todd Chrisley “opened up” about it all over on his podcast.

It all sounds rather ghastly as his take on some of his family’s part in this investigation comes over as self-interest. He said, “In the coming months, there are going to be a lot of things that are revealed with how we got to where we are. With the IRS and how my ex-wife played a part in some of this with her knowledge of being a whistle-blower. She contacted Kyle and his ex-wife, making them aware that they should turn us in. This was because they could collect 30 percent of anything the IRS collects. All of that’s going to come out.”

What do you think about all this rather unsavory drama? With all of that going on, do you think it’s no wonder people speculated he was selling his main Nashville home? It sounds like he’s just flipping the home, as he always planned to do. Sound off your thoughts in the comments below.