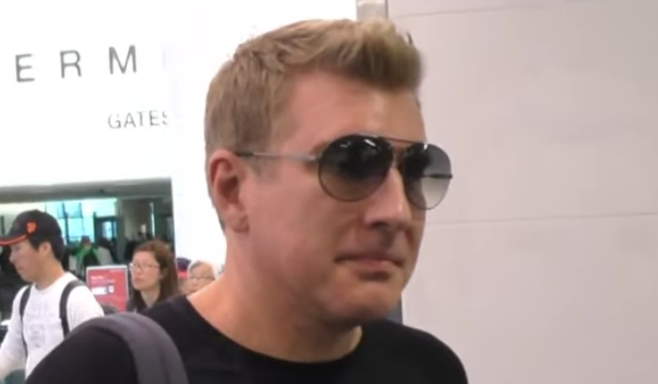 Lindsie Chrisley made some serious accusations against her family. The Chrisleys have dealt with tax evasion and fraud charges lately. Todd Chrisley opened up about everything on his podcast. Lindsie said there wasn’t anything nice she could say.

In a video on E! Online Lindsie said she’ll never forgive her family. On his podcast, Chrisley Confessions, Todd said the feelings he had for her his whole life weren’t returned. He knows what kind of parent he has been. He said it’s heartbreaking because he still loves her. Todd Chrisley said she is forgiven for this and the investigation she helped with.

Don’t have time to make a meal? No problem! @310nutrition has just what you need for the perfect meal replacement. #310shake is plant-based, gluten, nut and dairy-free! It’s only 90 calories and tastes like the sweet stuff! It’s the perfect junk food replacement – great if you’re trying to shed some weight. Mix a scoop with almond milk, some ice and your choice of fruits and veggies! Let me know what you think! Use code “310PRAISE” at check out for FREE shipping! #310ad #weightloss #plantbased

Todd Chrisley addressed the accusations against him and Julie in the podcast as well according to Yahoo News. He stated he’d talk because they owed their fans transparency about what was going on with them.

“So, what I would say is in the coming months, there are going to be a lot of things that are revealed with how we got to where we are. With the IRS and how my ex-wife played a part in some of this with her knowledge of being a whistle-blower. She contacted Kyle and his ex-wife, making them aware that they should turn us in. This was because they could collect 30 percent of anything the IRS collects. All of that’s going to come out.”

He said Lindsie is friends with Radar Online. “We haven’t gone to a tabloid and told the stories of the facts of what truly has happened within our family. This is because I have been embarrassed and ashamed of it.” Claiming Lindsie had because she hadn’t liked them not supporting something she’d done. This could be the sex tape or the affairs he claimed she had.

On Headline News when asked if there was a s*x tape Lindsie said, “all I can say is I never consented to a tape.” Robby Hayes addressed the alleged tape on The Housewives and Vanderpumps Podcast. He said, “we did not make a sex tape.” He said we got caught on the security tape in the house. They were also caught on a puppy cam because they crashed on a friend’s couch.

The feud between Lindsie and Todd Chrisley seems to continue to ramp up rather than calm down. Fans are staying tuned for the next allegation and interview.  As for Todd, he’s optimistic. He said, “We pray every day for the prosecutors here, we pray they get to see through the evidence that our attorneys have collected over the many years because these allegations are not true.”

He ended the podcast with a message to his firstborn, “I love you Lindsie, I know you’re listening to this podcast, I know that your attorney is listening to it, so I wish you both a wonderful afternoon,” he said. “I love you, I forgive you and I pray that God moves you on in prosperous way and blesses you from this day forward.”