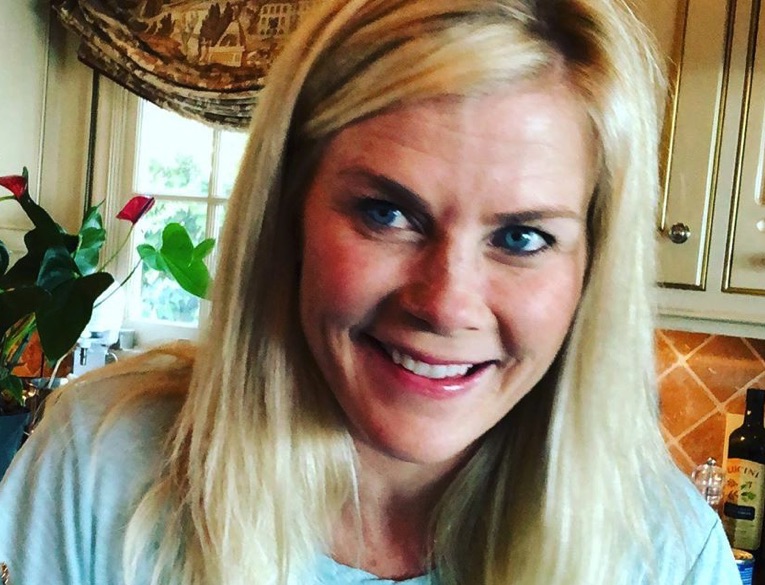 On Tuesday, Alison Sweeney posted that there is a new installment of the Chronicle Mysteries airing on Hallmark Sunday. The episode called “Off The Deep End,” is replacing the fourth Garage Sale Mystery that was scheduled to air in August, prior to the series being canceled, due to Lori Loughlin’s involvement in the college admission scandal. What do we know about this new episode?

Tune in SUNDAY !!!! . . . . When Alex @alisweeney discovers they may have caught the wrong person in a previous case, she has to race against the clock to find the real culprit. The Signature Mystery Series #ChronicleMysteries: The Deep End airs this Sunday at 9pm/8c. Mysteries the Hallmark way. #Sleuthers

Chronicle Mysteries Off The Deep End Is Fourth Installment Of Series

Alex McPherson (Alison Sweeney) is back for a fourth installment in the Chronicle Mysteries series. A man was murdered, and his wife is on trial–and it looks like she is going to be convicted. Alex and Drew Godfrey (Benjamin Ayres) look over the evidence and realize that she is not guilty. But who did it? Was this woman set up to take the fall? The Recovered podcaster needs to solve a mystery in just two days before this woman is wrongly convicted.

Unlike her previous Murder She Baked series, the Chronicle Mysteries are not taken from a book. They stem from Alison’s love of true crime. She started out listening to true crime podcasts. Soon, she realized just how dangerous it was to talk to people about a cold case. The killer was still at large! From this, she realized she had the kernel of an idea for a new series.

She was inspired by these very true crime stories when she helped create the series. She told Newsweek: “My character Alex wants to right the wrongs.” She further explained the overall goal of the series. “There is a theme of the other people who are affected by these crimes … we are shedding light on that and it’s a really important part of our series.”

What is different from most true-crime series and Chronicle Mysteries is the lack of gruesomeness. There is a conscious effort to make this series “down the middle.” While she admits it is a bit edgier than most Hallmark mysteries, it is still part of the “family brand.” It is just more intense.

Alison recently explained the importance of “The Murder Board.” This is a sort of vision board where Alex pins photos and key bits of information, as she sorts out and eventually solves the crime. Alison discovered that real detectives use a bulletin board or a white board. In Chronicle Mysteries: The Deep End, you can actually see how two people, who are seemingly unconnected are connected on this crime board. They can be on opposite ends, but there is something visual in the middle of the board that connects the two. In her new mystery, the murder board is a vital piece of information in solving this crime.

Am I making shadow puppets? Or talking about the new @chroniclemysteries ? You’ll have to watch to find out! PS I clearly talk with my hands. A lot. 🤷🏼‍♀️💁🏼‍♀️🙅🏼‍♀️ 🤣🤣🤣 #Wednesday #mystery #movie #Repost ・・・ Get to know @alisweeney character, Alex, and what makes this podcaster so great at detective work. Watch the Signature Mystery Series #ChronicleMysteries: The Deep End this Sunday at 9pm/8c! Mysteries the Hallmark way.