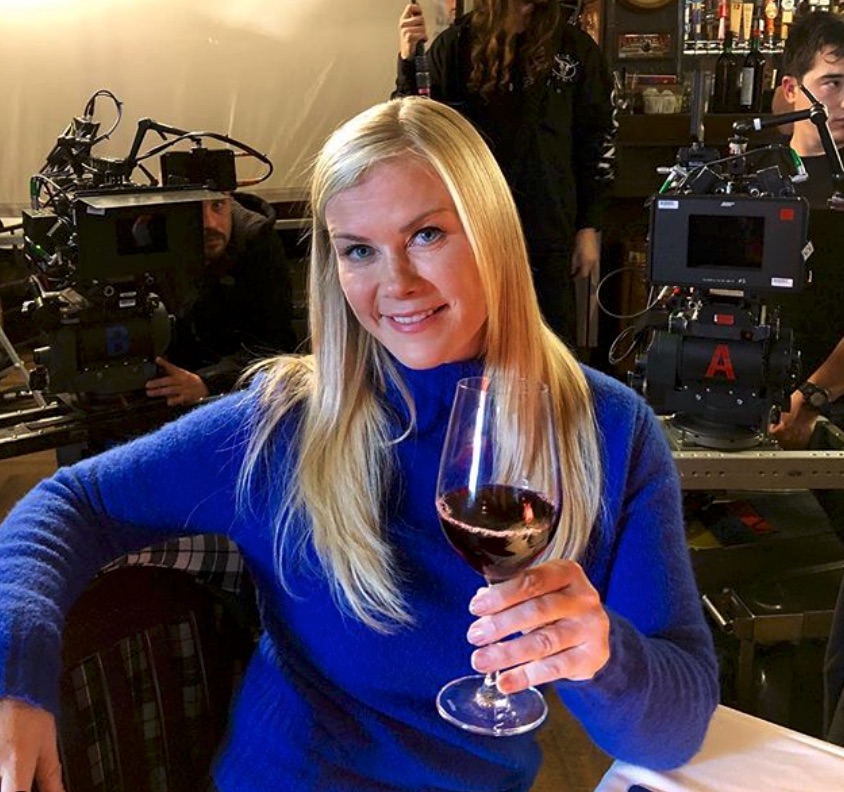 Days of Our Lives alum Alison Sweeney is portraying amateur sleuth, Alex McPherson. Written by Melissa Salmons, Alex is novelist and a podcaster who is investigating a cold case. Obsessed with puzzles and mysteries, she is investigating the unsolved murder is of her childhood friend, Gina DeSavio. Not only is Alex a novelist and podcaster, but she will eventually be the newspaper heir to the Harrington Chronicle through her uncle Miles Lawrence. There, she does her research and is both helped and thwarted by actor Benjamin Ayres, who works at the paper.

Based on the previews, this is like nothing that Hallmark has ever done before. It appears darker and more sinister–more of a true crime story than a frothy romance. The podcast is what Alison Sweeney explains to the International Business Times as one of the new “armchair detective” series. Although not mentioning the extraordinary podcast hit Serial, it appears from the previews that this may be the podcast model of what Sweeney is talking about.

Days Of Our Lives

As of now, three episodes have been filmed, with the first filming in Vancouver back in June. How is it possible that Sweeney, who plays Sami Brady on Days of Our Lives, could do both? She was last seen on the soap in November, then it is presumed she started filming. It is a good thing that they are so flexible and allow Sweeney to act in Hallmark movies.

Another Days alum is screenwriter Melissa Salmons. She has worked with Alison Sweeney on many Hallmark projects. She is not the only soap alum that will be part of The Chronicle Mysteries. Linda Dano, who was in One Life To Live, General Hospital and Another World will be working on this project, but her role is still a secret.

Will Murder She Baked Return?

What about the Murder She Baked series that Sweeney starred in with former GH star Cameron Mathison? Sweeney recently explained to TV Shows Ace that there are currently no plans to return to Eden Valley, Minnesota. She explained that “I loved playing Hannah and I love the idea that she and Mike are off solving crimes together in Minnesota.” What is different about her new Hallmark series compared to the series based on the Joanne Fluke cozy mysteries, are that the stories are already created. With The Chronicles Mysteries, she has a hand in the character development and story arc.

Are you planning on watching the new Chronicle Mysteries series with Alison Sweeney? Do you miss the Murder She Baked series, or would you rather see Alison return to DOOL? Please share your opinions and comments below. The first episode of The Chronicle Mysteries: Recovered starts on Sunday, February 17, 9 p.m./8C.