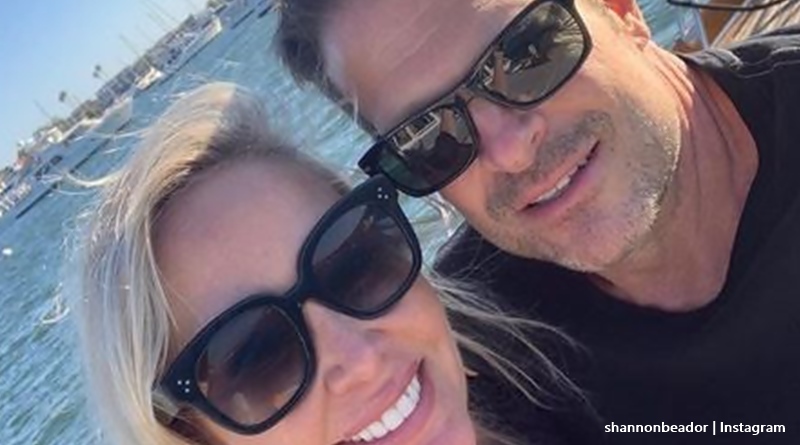 RHOC arrives tonight, but we won’t see Shannon Beador’s new beau, John Janssen on the show. In fact, she’s determined to keep the cameras off her new-found love. TV Shows Ace reported on July 19, that she shared a picture of the mystery man in her life. We noted, “Looking happy and radiant’s the Shannon that fans of the show love to see.” Now, we know his name’s John Janssen, but we won’t see much of him on the Bravo show.

Despite sharing lots more photos on her Instagram since the first sight of the mystery man, she wants to keep him to herself. It looks like she’s planning to keep their relationship as private as possible. And, that’s no easy task as she has loads of devoted fans on social media. Shannon spoke to People about it and confirmed the cameras will be kept off her man.

In her interview, she spoke about John, saying the biggest thing about him is his “kind heart.” Well, we can see from photos that he’s got a lovely smile and looks like a really nice guy. Certainly, fans wouldn’t mind seeing him on camera. But, that’s not going to happen, says Shannon. People noted, “Beador plans to keep her relationship away from the RHOC cameras.”

Asked if she would ever marry again, Shannon told the news outlet, “I would like to get married again someday.” Plus, she noted of her last marriage to David, that she wants “to have that partnership and be part of a team, and that lacked in my previous marriage.” However, it seems way too early to think about marrying John Janssen just yet. No doubt she’ll take her time and be a little cautious.

Shannon already had a relationship after David. Previously dating Rick Stanley, TV Shows Ace noted that “with her in California and Rick in Colorado, the distance could well be a factor.” That was not so long ago, so hopefully, Shannon won’t rush anything with her new man. Fans of RHOC really hope that this new beau is someone special in her life forever.

Press day in NYC! ❤️ Thank you to @juliusmichael1 and @mspriscillanyc for your friendship and amazing glam! 😘😘 Premiere of RHOC tomorrow night! 😳

While talking to People, Shannon confirmed that John Janssen “never watched the show.” Of course, it’s all a lot of new stuff for him to take in. But, once he does see it, he may understand the wisdom of staying off it. However, she also noted that he met and likes  “Vicki Gunvalson, Tamra Judge and… Braunwyn Windham-Burke.” So, it’s not impossible, that in time, RHOC fans may catch a glimpse of him somewhere in the future.

What do you think about Shannon Beador keeping her new beau John Janssen off the camera and out the show? Do you hope, if it works out in the longterm, that we might see him one day in the future? Sound off your thoughts in the comments below.