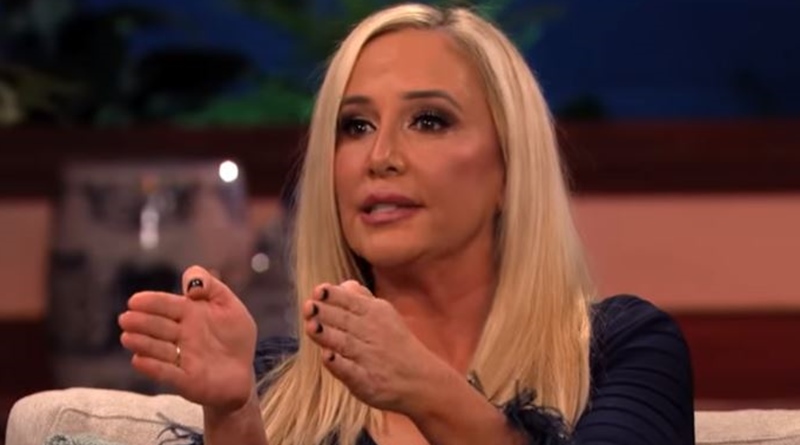 Real Housewives of Orange County fans know that Shannon Beador went through a divorce from David Beador. All over that, she moved on and started dating Rick Stanley. However, on July 4, they broke up. She’s looking radiant in her latest Instagram posts, and it could be because she’s stepping out with a new man in her life.

On Thursday, OK! Magazine reported about the new man that Shannon got “spotted with.” According to them, “she was seen canoodling with a mystery man on July 14.” If that’s true, then it’s obviously a great relationship, because, on her Instagram, she looks positively radiant. Mind you, she also got herself together, got fit and started a new business venture. Plus, she looks like she’s enjoying herself with other Bravo stars ahead of season 14 of Real Housewives of Orange County.

Taking to her Instagram this week, Shannon posted up a few pictures. She captioned them with “BBQ fun.” In her hashtags, she added, “#bestsummerever #havingaball#blessed @vickigunvalson@braunwynwindhamburke.” The first picture showed the Real Housewives of Orange County women together looking gorgeous and obviously enjoying some wine. But, it’s safe to say they probably never drank it all on their own.

The BBQ pics on IG showed a few mystery men

Another photo showed four guys and one of those is Steve Lodge, and we know he’s involved with Vicki. However, the others just might include the new man in Shannon’s life. The Instagram picture’s embedded here, so you can flip through them and see if you can spot the potential one. Some fans asked about the new man, but Shannon never replied. If one of those guys are in a relationship with Shannon, she’s not saying just yet.

Of course, it’s early days yet for the Real Housewives of Orange County veteran to make a big fuss. This month she broke up, and now might be a bit premature to reveal anything. Possibly she even met him before the breakup? After all, she and Rick lived so far apart. With her in California and Rick in Colorado, the distance could well be a factor.

Looking happy and radiant’s the Shannon that fans of the show love to see. Many comments on her IG referred to that. One commenter said, “Love seeing you smile! Looks great on you!!!! Enjoy love!!!!” Another wrote, “You deserve to have the best summer ever girl so happy for u.”

What do you think about Shannon Beador looking so radiant and happy? Do you think it might be due to the new man in her life? Sound off your thoughts in the comments below.

Remember to check back with TV Shows Ace often for more news about Real Housewives of Orange County.