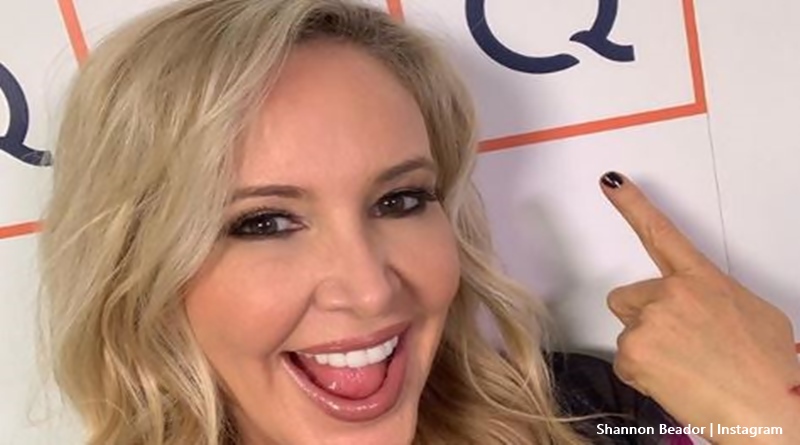 RHOC fans heard that rumors ran around about Shannon Beador getting a new man in her life. It came from a series of photos she shared on July 15. Although quite a few unknown men appeared, we couldn’t say for sure which one could be her new beau. Anyway, lots of fans hoped she really had found someone special as she looked radiant. Now, a new photo seems to confirm who it is out of the bunch. Fans are delighted for her.

Hot on the heels of Shannon’s first BBQ party photos, came a report from OK Magazine, that she was seen “canoodling with a mystery man on July 14.” At the time, TV Shows Ace reported, “Another photo showed four guys and one of those is Steve Lodge, and we know he’s involved with Vicki. However, others just might include the new man in Shannon’s life.”

A few days later, we caught a glimpse of one of the men in those original photos, this time showing the Real Housewives of Orange County star with her friend Dana Crane on Dana’s birthday. The man between the two of them was also seen in the picture at the BBQ party that Shannon originally posted. Some fans wondered if he was actually Dana’s husband. However, a new photo by the RHOC star suggests that’s not the case.

The latest photo that emerged got put up on Instagram by the RHOC star on Thursday night. She just showed the sailor and love emojis in the caption. But, it definitely is the same guy from the previous pics. This time, they stand at the dock, he’s got his arm around her, and Shannon looks very, very happy. Many fans now assume this is the man, who, incidentally looks a lot like Game of Throne’s Kit Harrington. Well, if you use your imagination a bit. RHOC Fans, delighted for her reacted and here’s what some of them said:

Most people though, just love it that the fan-favorite, Shannon of RHOC looks so happy and her smile creeps into her eyes. Not that Shannon actually confirmed he is her new man, and we still don’t know who he is. However, yes, there’s no doubt that she looks happy and radiant. Her fans really expressed their delight at this photo.

Tamra Judge even commented on the post that she can’t wait to meet him tomorrow. They must be getting together today so she can meet the new man in Shannon’s life. Because she also put “love birds” in her comment, it pretty much proves that this is her new guy.

What do you think of the photos? Do you think this is the new mystery man? Do you hope for Shannon Beador’s sake that this time, it’s a love match? Sound off your thoughts in the comments below.

Remember to check back often with TV Shows Ace for more news about RHOC.