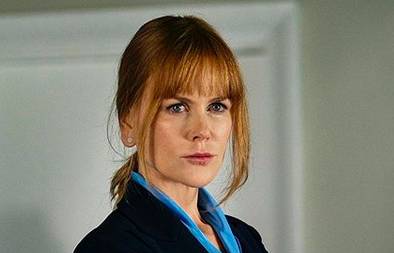 Season 2 of HBO’s Big Little Lies came to a close on Sunday evening. As the finale approached, fans wondered whether there would be a third season or not. After the finale aired, fans have been asking even more questions.

At this point, fans on HBO’s Big Little Lies are still hopeful that there will be a third season of the show. Based on what the president of the network and the show’s creator have said, this isn’t likely.

One of the stars of the show, Nicole Kidman, who plays Celeste Wright, talked about the possibility of a third season. Recently, she talked with News Corp Australia. In the interview, Kidman says, “I think we would love to do a season three because there is certainly ideas, but we would not do it without all of the same people involved … even the kids.”

In the past, the president of HBO has said something similar. The common response about a possible third season is that it would be too difficult to get all of the stars together for another season.

After the first season came to a close, fans were told that there would not be a second season. Fans were pleasantly surprised when they heard the news about a second season being released.

Recently, Casey Bloys, the president of HBO, said, “I love this group of people – I would do anything with them. But the reality is, they are some of the busiest actresses working in Hollywood. We have deals with some of them — Nicole [Kidman] is doing her next show with us. I just think it’s not realistic.” Then, he added, “Look, if they all came to me and said, ‘We worked out all of our schedules!’ – then sure. But I just don’t think it’s realistic.”

In June, the show’s creator, David E. Kelly, spoke with E! News and said, “We wrote season two as if this were the end.” Then, he told Harper’s Bazaar, “I think that it’s one and two, and we like where our closure is at the end of season two, so that will probably be it.”

After he shared that, Kidman replied, “That’s what you said last time.” This is because there was only supposed to be one season of the show. Her co-star, Reese Witherspoon, chimed in and said, “That is. You sat here and said that last time, David.”

What do you think of a possible third season of Big Little Lies? Do you think it will happen? Leave a comment below!

For more updates about your favorite TV shows, check back on TV Shows Ace.