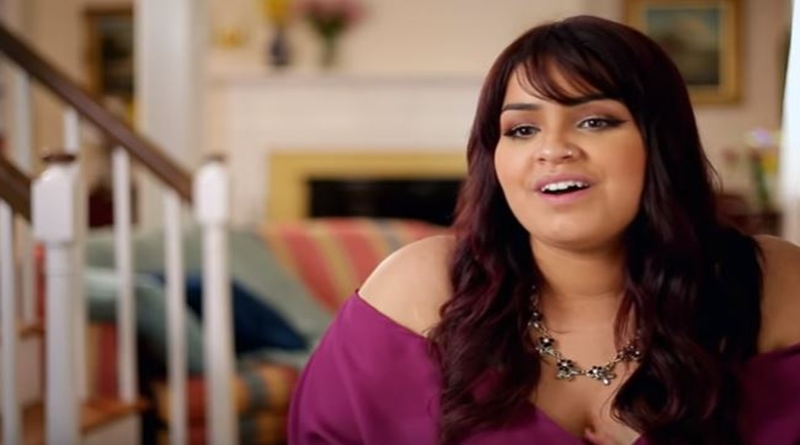 90 Day Fiance: The Other Way brought us Tiffany and Ronald. Ronald’s in South Africa and went to rehab for gambling. After he came out, he was just days away from meeting Tiffany and her son Daniel at the airport. In recent episodes, we saw that Tiffany and Ronald had trust issues. Spoilers follow in this article, so stop reading if you don’t like them.

90 Day Fiance: The Other Way Tiffany and trust issues

The TLC show brought us the scene where Ronald went with his friends and drank alcohol. Not only that, but there was a stripper at the bachelor party function as well. Now, that’s very common in Africa, but it’s hard for the women. For Tiffany from the USA, she felt it was a bit of a “slap in the face.” But, she seemed more concerned about Ronald drinking.

After all, she uprooted her son Daniel to go to Africa. There, the little boy got all excited to find a new “Dad.” Part of Tiffany’s concerns about trust involved Daniel. After all, it took a lot for the 90 Day Fiance star to commit her son to a massive lifestyle change. So, when Ronald drank, which basically broke a promise, she got very troubled. After all, gambling’s easily replaced by another addiction.

Ronald and Tiffany got married

In spite of that drama, the 90 Day Fiance couple ended up getting married in real life. TV Shows Ace reported in June, “She married and stayed in South Africa, now we hear new rumors that the couple might be expecting a baby.” Backing that up, were loads of videos and photos on her Instagram of them in Africa.

We also reported, “In a Q&A, Tiffany said she lives in Randfontein, Ronald’s hometown. Randfontein lies west of the big city of Johannesburg, also known as Jozi. It started as a gold mining town and much of the local industry is related to that field. There are also farms, homesteads, suburbs, shops, malls, and sports clubs.” Our 90 Day Fiance couple seemed settled and just fine. But, next came baby rumors.

Baby born and that’s no secret for 90 Day fans

Tiffany recently had a baby and made no secret of it. However, her Instagram posts and Stories showed she gave birth in the USA. It made sense for her to have her child there. After all, it would give the kid access to both South African and US citizenship. Plus, we don’t know what medical cover Tiffany had. State-run hospitals in South Africa don’t have the best reputation, and medical insurance is very expensive.

Perhaps Tiffany also considered her family in the states would love to be with her at this time. Now, 90 Day Fiance‘s Ronald can’t travel to the USA until he gets special clearance for his criminal past. But, we saw them on IG doing some chatter by phone. They welcomed their new baby, Carley Rose on July 3, Heavy reported.  That’s only a few weeks ago, so Tiffany’s not likely to be back in Africa already. Parents.com notes that some airlines will fly a child at two-weeks old. However, the bacteria and other possible contamination mean people should hesitate before at least two months of age.

Just the other day, Tiffany took to her Instagram Stories and shared a cryptic comment about how sometimes you have to let someone go. But, that could refer to Daniel’s dad who passed away. It didn’t necessarily mean she had let Ronald go and would never return to Africa. In the meantime, both Ronald and Tiffany share photos of their new-born. But none of them show Ronald with the little one. So, no it looks like they still love each other, but for the time being Tiffany’s still in the USA and not in Africa.

What do you think about Tiffany and Ronald marrying and having a baby? Do you think Tiffany will return to South Africa as soon as she’s comfortable about flying her baby? Sound off your thoughts in the comments below.