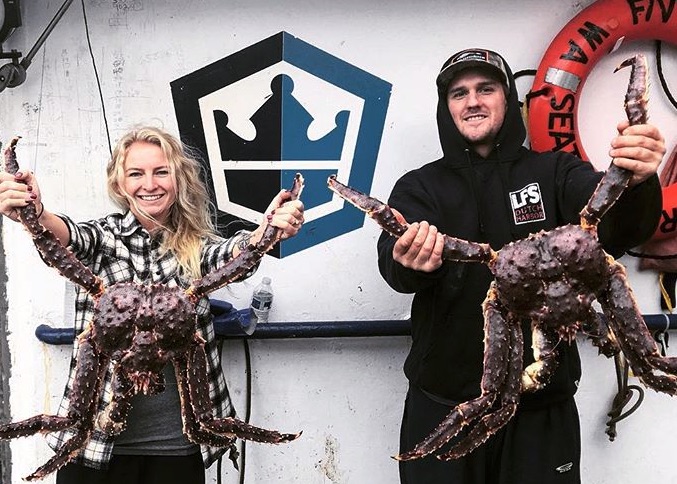 Deadliest Catch star and Northwestern captain-in-training Mandy Hansen-Pederson has removed the Pederson portion of her last name. What do we know about this  her change back to her maiden name?

Deadliest Catch fans who may have bookmarked Mandy Hansen-Pederson’s Instagram page will need to create a new bookmark. Mandy has recently updated her name and has removed “Pederson.” She has not included any sort of explanation as to the change back to her maiden name.

Does the name change mean something? She may have decided to keep the Hansen last name for online brand recognition. Or, this could mean a change in her relationship with her husband Clark Pederson. Right now, Deadliest Catch fans are left in the dark. We only have online clues.

Happy anniversary @clarkpederson33 ! Two years in the books 😜 As routine, let’s go fishin’ 💰💰💰 big party when we get home!

Meanwhile, Deadliest Catch fans may have been confused when looking at Clark Pederson’s posts of his wife of two years. On March 31, he posted a photo of Mandy while on vacation, with the caption: “My wife, my lady, my world, love you so much !!!” After his loving words, he included over a dozen vacation and Deadliest Catch-related hashtagged words, as well tagging her @MandyPedersonNW. Anyone who would have hit the tag would end up on a 404 page, which includes the Instagram warning: “The link you followed may be broken, or the page may have been removed. Go back to Instagram.” Anyone who is confused by Instagram should understand that you cannot make a mistake when tagging a person. There is an automatic link to the tagged person’s Instagram page. Only those who have dramatically changed their Instagram name information would end up with the 404 and message.

It cannot be assumed that anything is wrong with the relationship. The couple just celebrated their second wedding anniversary on June 10. There are still photos of the other on their accounts, and both are following each other.

Why Could Mandy Be Back To Hansen Last Name?

Deadliest Catch fans may wonder if the name change is due to the latest Hansen family crisis. The recent episode of the Discovery show featured Captain Sig Hansen speaking to his wife June Hansen. She never calls him when he works, so he knew this was news. The emotional scene revealed that June has cancer on her neck. This shocking revelation was filmed months ago and there could be a lot of family changes due to this diagnosis. The Hansen family is very tight-knit.

It could certainly be possible that Sig Hansen may have decided that life is too short and he wants to spend more time with his wife June. He has had his own serious health scares. This could mean that Mandy would now become the full-time captain. Of course, Mandy has had her own personal drama. Earlier this year, she revealed that she miscarried a baby when she was out fishing.

Perhaps Mandy Hansen-Pederson is returning to using her maiden name because of branding? She may have decided to edit her social media profile because she is a Hansen and the probable future captain of the Northwestern. This Instagram change may only be technical. Why do you think that Mandy changed back to her maiden name? Be sure to check back with TV Shows Ace for the latest with Deadliest Catch. Be sure to tune in to Deadliest Catch Season 15 on Tuesdays, on Discovery.