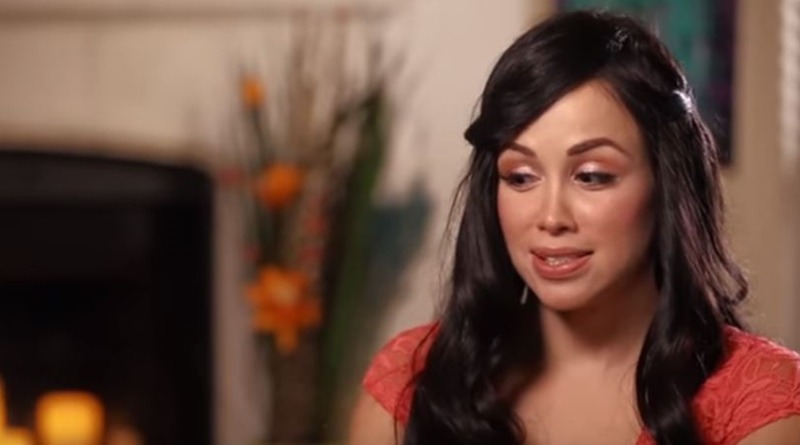 90 Day Fiance fans know that Russ Mayfield and Paola married and welcomed their little boy Axel on New Year’s Day. On Tuesday night, Paola took to her Instagram and shared a photo of her breastfeeding in a gym. That caused a ruckus between followers over the propriety of making these sort of pictures public. Plus, Jon Walters, Paola’s friend got involved, which pushed up the heat somewhat.

In this day and age, breastfeeding’s seen as a positive parenting act. More often, mothers feed in public, but usually a bit discreetly. In most instances, they use a small towel or blanket to shield their breasts from other eyes. However many 90 Day Fiance fans feel that’s unnecessary. Others believe displaying boobs to the world is a bit over the top. It all started because the photo Paola shared isn’t all that discreet.

Paola captioned the picture of her and her baby at the gym with, “When priorities call🤱🏻.” Then she hashtagged it with #babyaxelishungry, #workoutinturrupted, and #normalizebreastfeeding.” From those hashtags, we can see that she’s campaigning to let breastfeeding become an acceptable social practice. Paola started getting a lot of criticism for the picture, and Jon Walters stepped in.

As fans of 90 Day Fiance know, Jon Walters and his wife Rachel often get trolled on their accounts. In fact, in a recent post, Rachel shared a quote of their visa costs. That came after fans accused them of lying about it. Well, Jon seems like the kind of guy to step in and help his friends as he knows how hard trolling can be. In fact, sometimes the Mayfield’s will step in on the hate Jon gets, as well.

In this Instance, Jon appeared in the conversation and initially said, “you’re doing great russ is bring an amazing husband and I can’t wait to have a beer and wine night with you 2 some day. thanks for proving me with haters to play with today. I’ve had a blast.” However, later he came to her defense as things started getting nasty.

90 Day Fiance fans both for and against the photo started squabbling. Some of them mom-shamed Paola for the photo, like this one: @miss**, who said, “This isnt neccessary. The whole world has now seen her t*ts for gods sake. She needs to go to her husband for attention if its needed this badly. There is NO reason she needs a pic like this. The people who supported Paolo fought back as there were many similar comments. Here’s what some of those said in support:

Next, John Walters stepped in and defended Paola. He said, “Hey Paola what’s [it] like having so many fun parenting experts and dumbasses giving you parenting advice for some thing filmed 6 months ago . 🤣🤣.” Of course, that saw people attacking John and laying off on Paola a bit. That’s what friends do for each other!

What do you think about the breastfeeding photo that Paola shared? Do you think such a ruckus was necessary? How you feel about John taking some of the heat away from the young mom? Sound off your thoughts in the comments below.

Which Duggar Courtships Seem To Be In The Works?
Hazel Busby Physical Challenges? Adam Discusses Why Cheer Camp Didn’t Happen
WOAH! Fans Caught Off Guard By What Grayson Chrisley Is Hiding
‘Below Deck Sailing Yacht’: Colin MacRae Makes Major Life Change
Chris Harrison Will NOT Be Returning To ‘Bachelor’ Franchise