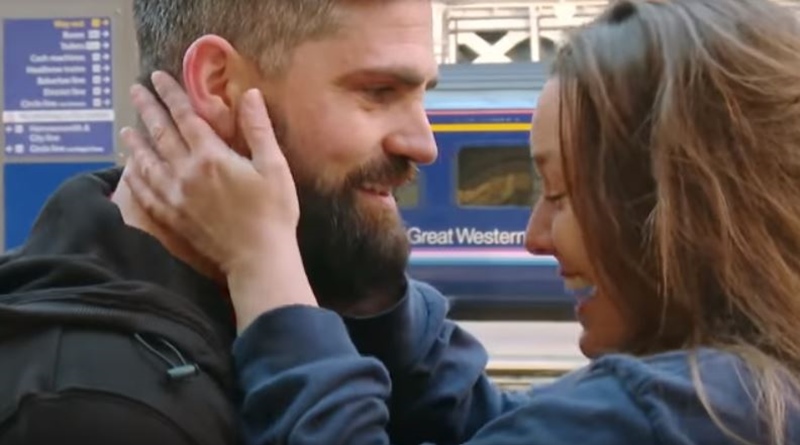 90 Day Fiance fans who follow Jon and Rachel Walters heard back in December that Rachel and Lucy spent some time in the UK with Jon. Now, in February, the couple updated on some facts about their lives. Rachel took to her Instagram to tell her followers what’s going on at the moment.

Fans of 90 Day Fiance saw Jon and Rachel very much in love on the show, but it’s been really hard for them as they spend so much time apart. To recap, we saw them marry in September of last year, although their actual wedding took place in May. E! News reminds us that “Jon is unable to visit Rachel’s home in New Mexico due to his criminal record and history of assault.”

Of course, the other complication for Rachel is the fact that her daughters Lucy and Ella, arose out of different unions. Therefore, Rachel can’t just up and move them out of the country because of this. However, they spend time together when they can, and in December, there came a wonderful time together, and then the tears of parting followed. Their situation sounds almost impossible, but they still work on the problems together.

On February 22, Rachel took to Instagram to answer some of the most frequent 90 Day Fiance questions about what’s up with them now. Here are the answers and questions:

Rachel also talked about why Jon never met her at the airport on the 90 Day Fiance show. She explained that the crew couldn’t film at the airport, though she didn’t know it at the time. That’s why their “first legitimate meeting” was at “Paddington Station…under the clock.” Rachel added that the moment was “amazing.”

Jon Walters updates came out a bit earlier than Rachel’s

Jon also did some updates over on his Instagram a few weeks back. In his updates, he showed a short video of Lucy from December and said the poor little girl was not too well that day, with some kind of bug. Nevertheless, she’s a cutie and even smiled for the camera. Jon added that she’s nearly two-years-old. He noted that Rachel visits when her eldest is at her dad’s place.

Sadly, as it stands, he pointed out that Rachel can’t move to the UK but they are still working on getting that Visa. In fact, he said they’re getting “close to a Visa.” Then Jon, like Rachel made it very clear that they won’t go the GoFundMe route.  Actually, that’s refreshing as so many 90 Day Fiance couples do just that. In another post, Jon still seems determined to do the best he can. He said, “the promises I keep define me. I’m the man who will do whatever the F it takes.” He also mentioned that Rachel flies home in June, which sounds like he means that is when she is coming back to him in the UK.

So, it actually seems that nothing really changed since their updates on TV Shows Ace back in October. However, at least it sounds like the Visa may soon work out for them. What do you think of the fact that this 90 Day Fiance couple still remains so deeply in love? Do you think Jon and Rachel Walters might one day be together permanently? Jon once said that their time together is worth the time apart. What do you feel?

Remember to check in with TV Shows Ace often to stay up to date with news about 90 Day Fiance.

Jon Gosselin Pleads With Kids To Come Visit Him
Is ‘Seeking Sister Wife’ Going To Crossover ’90 Day Fiance’?
‘Sister Wives’ Meri Brown ‘Grateful’ For Robyn – Is The Feud Over?
What Is Jax Taylor Doing On A Movie Set With Robert De Niro?
What Do We Know About Olivia Plath’s Career? See Her New Photos