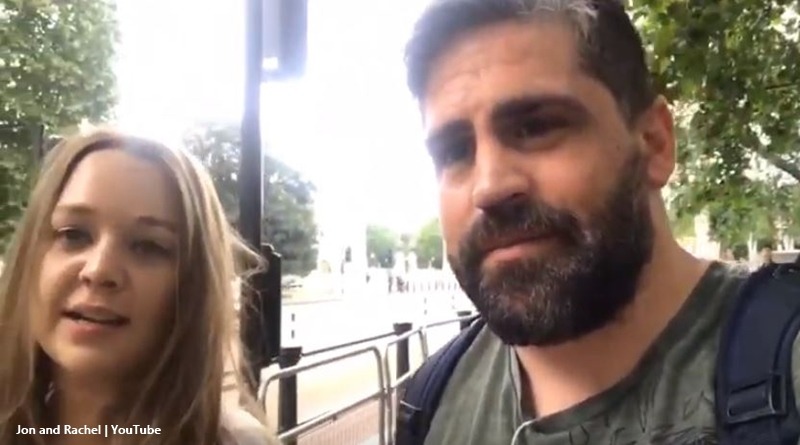 90 Day Fiance: Before the 90 Days brought Jon and Rachel Walters to our screens back in Season 2 of the TLC show. Jon’s assault charges, along with some previous convictions meant he could not move to the USA. The couple maintained a long distance relationship which was so hard on them. But, after working hard to save money, the couple finally managed to do the first official step. On her Instagram, Rachel notified fans that they just filed for John’s visa.

Fans of the show watched as Jon and Rachel became engaged and married, but it seemed hopeless, as Jon really could not move to the US and Rachel couldn’t relocate to the UK where they first met in 2017. Every now and then, Rachel and Jon managed her flight across to stay with him in the UK, but every time, the precious time together ended with her flying back home.

Some 90 Day Fiance fans admired them after they said they’d work hard to save money rather than go the GoFundMe route. Instagram influencer John Yates passed on the message that Rachel and Jon were determined to save the money for the costs of the K3 Visa. Reality TV World noted, “Rachel and Jon announced in March they had saved enough money and officially began the visa process, which is expected to take up to three years to complete.”

Documents in order for the first step of visa filing

Taking to her Instagram Friday night, June 21, Rachel posted up a heart card with the words “Immigration Visa, Jon and Rachel Walters.” She captioned the picture with, “File Visa: ✔️! And let the waiting game begin!” Of course, not everyone understands the Visa process. This is merely the first step: Get your documentation in order and make a payment.

As Rachel said in answer to 90 Day Fiance fans, they now “wait for an answer” and expect to “give documents in between. This first but vital step means they can now start thinking about the future. This really is a big moment for the couple. Rachel also said with her hashtags, “#immigrationvisa #visa#visafiled #binder #gettingprepared.” However, the journey’s not over and they could still wait years for a visa to happen.

Jon and Rachel saw each other in May this year

Rachel last went to the UK in May this year. We know it must be terribly hard on them. A week ago, Rachel found a note that Jon slipped into her purse. It read, “Rachel, I love you so much, see you in 6 months.” Rachel shared it on IG and said, “I just found this in my purse 😥 I wonder if he found mine…I miss you, Jon.”

What do you think about Jon and Rachel Walters finally managing to start the official first step of getting his visa? Do you hope the USA allows Jon into the country soon? Sound off your thoughts in the comments below.

Remember to check back with TV Shows Ace often for more news about 90 Day Fiance: Before the 90 Days